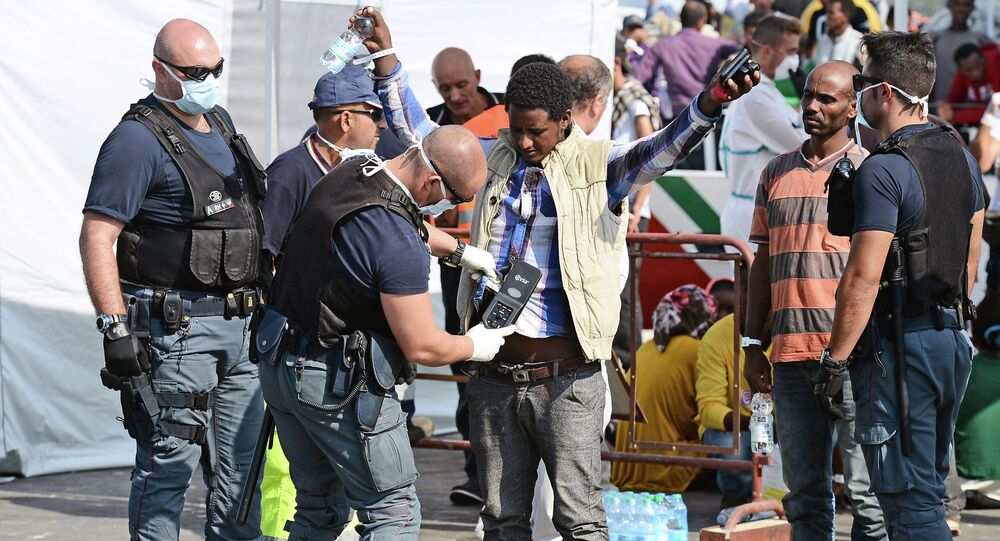 Migrants have been flocking to Europe in huge numbers unseen since World War Two, fueling fears that they could bring rare infectious and contagious diseases, which, if uncontained, could well lead to a major health and security crisis.

This was not an isolated incident. In May, one migrant brought to Reggio di Calabria was diagnosed with malaria, while 50 people were diagnosed with scabies. In August, the port city welcomed a refugee boat from Africa, which was also carrying the corpse of an Eritrean national, who died during the voyage.

.@Umarkarim89 Why is it exaggerated? Do you know how many migrants carry communicable diseases?

A report, released by the European Centre for Disease Prevention and Control (ECDC) in May 2014, found that migrants living in the EU were disproportionately affected by HIV and tuberculosis. It also showed that "99% of reported cases of malaria were 'imported.'"

"To date, screening migrants for infectious and contagious diseases has been voluntary, inconsistent and under-resourced. … This means that many epidemic-prone diseases go undetected as migrants enter into Europe. Prioritizing infectious and contagious disease detection and treatment is a short-term must," Melissa S. Hersh wrote for the National Interest in late November.

​Reggio di Calabria has been trying to address the challenge: for instance, sanitary services are working with newcomers fleeing violence in Africa and the Middle East. But this is not enough.

"As Europe bursts at the seams with asylum seekers, refugees, and irregular migrants – presenting their own endemic disease footprint – there's a greater need to consider when and how to establish quarantine and isolation at migrant processing/reception centers," Hersh observed.

No major outbreaks of infectious diseases have been recorded in areas where refugees coming to Europe live but it could be only a matter of time if European authorities do not address this issue soon.