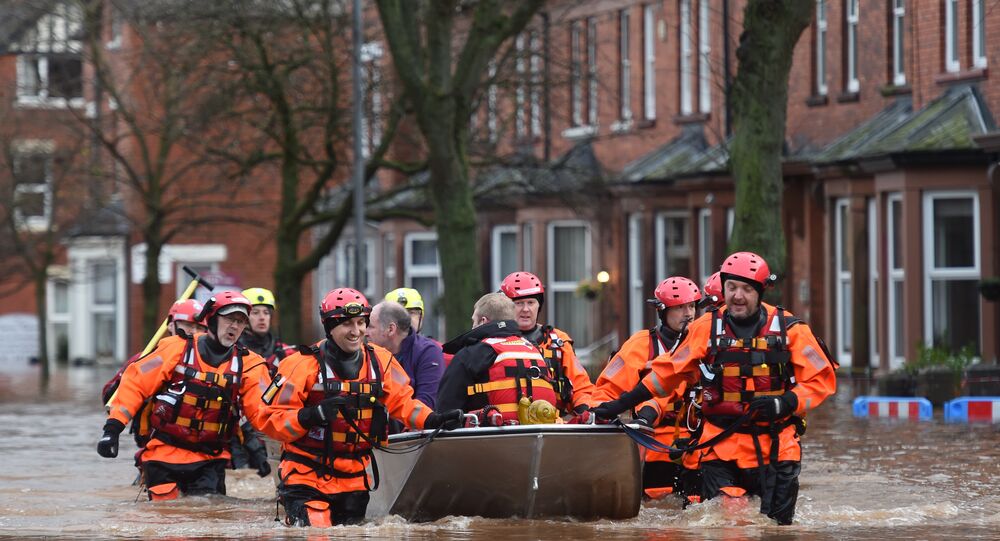 The British army was called in to help people in the country’s areas hit by Storm Desmond, while the government's civil emergency committee, Cobra, is due to discuss how to deal with the crisis, UK Prime Minister David Cameron said Sunday.

© AP Photo / Sue Ogrocki
US State of Oklahoma Governor Declares Emergency Amid Severe Storms
MOSCOW (Sputnik) – Hundreds of families were evacuated and a man died as Storm Desmond lashed over northern Britain and parts of Scotland over the weekend. Torrential rain and strong winds have caused widespread flooding and power cuts to tens of thousands of homes.

“The army has been mobilised to help those affected by Storm Desmond and floods. A COBRA meeting is happening to ensure everything is done,” Cameron said on his official Twitter account.

According to media reports, the army was brought in to help local authorities in areas such as Cockermouth, Kendal, Keswick, Windermere and Workington, which all suffered from flooding.

Provisional figures from a rain gauge at Honister in the Lake District showed 352mm fell in 24 hours, which would be a new UK record if verified, according to Britain's Environment Agency.

Gone With the Wind: Tree Crashes Into a House During Storm