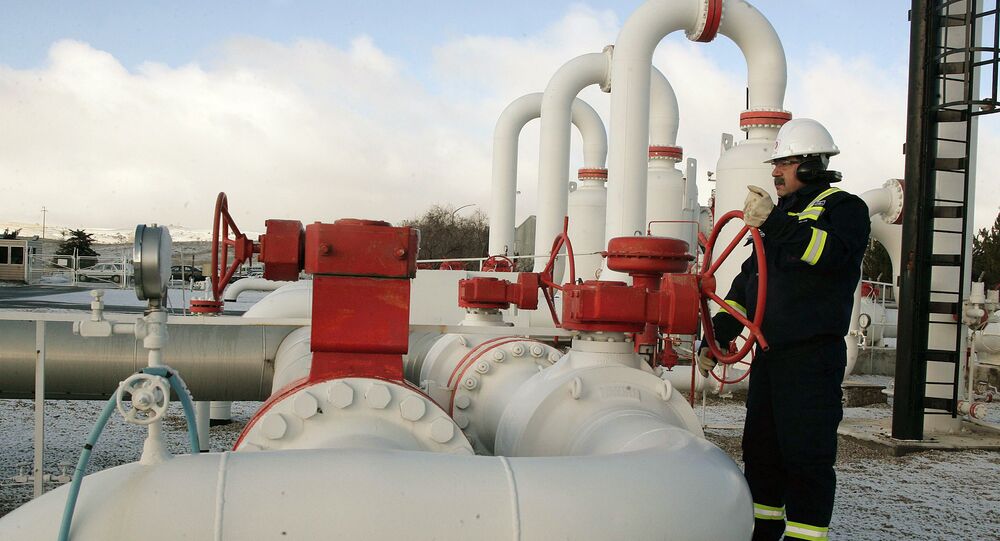 With the Turkish Stream project with Russia suspended, the Turkish government has agreed with Azerbaijan to speed up the construction of the Trans-Anatolian Pipeline (TANAP) with an eye to complete the gas project before 2018.

© Sputnik / Alexey Kudenko
Turkey and Russia Halt Negotiations Over Turkish Stream - Russian Energy Minister
Speaking at a joint news conference with Azeri President Ilham Aliyev, Davutoglu said earlier in December that the two countries would do “whatever is needed for the TANAP project,” to finish ahead of schedule.

Turkey was originally expected to receive TANAP gas in 2018. However, after the suspension of the Turkish Stream energy project with Russia, Ankara sought closer ties with other energy exporting countries.

The deputy head of the National Energy Security Foundation Alexei Grivach has strong doubts about the TANAP pipeline’s ability to end its dependence on natural gas supplies from Russia.

“I don’t think they will be able to put TANAP on-stream in time because this pipeline has never been considered as an alternative to the Turkish Stream project,” Grivach told Sputnik Radio.

He added that accelerating the construction of the TANAP pipeline made no sense because Azerbaijan simply does not have enough gas to fill it up.

“As to the price Turkey will be buying Azeri gas, it will be maximum ten percent of what they paid for Russian gas, give or take,” Alexei Grivach noted, adding that by focusing on TANAP project Turkey simply wanted to show that it can  make do without Russian gas supplies.

“This is a political gesture, nothing more… Turkey is turning to alternative suppliers. They are going to sign a memorandum on liquefied gas deliveries from Qatar and will try to buy some gas from Iraqi Kurdistan, only to show that they have alternative sources of energy,” he concluded.