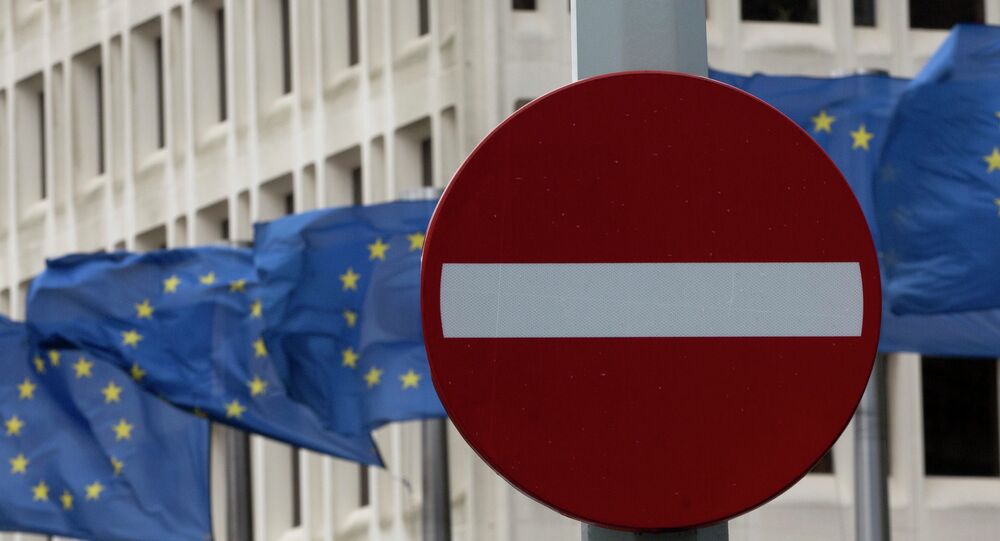 The unilateral safeguard clause presupposes the independent control of immigration by introducing temporary and targeted restrictions on residence and work permits for individuals from EU and European Free Trade Agreement (EFT) states.

© AFP 2021 / THIERRY CHARLIER
Slovakia Files Lawsuit Against Mandatory Refugee Quota - Prime Minister
MOSCOW (Sputnik) – The Swiss Federal Council is set to limit immigration from the European Union in a bid to put into practice an initiative that has already been approved by the country’s population, a statement on the Swiss government website said Friday.

In February 2014, some 50.3 percent of Swiss voters backed a right-wing proposal to reintroduce immigration quotas for EU citizens arriving in the country.

"The Federal Council is looking to apply a safeguard clause in order to control the immigration of persons covered by the Agreement on the free movement of persons with the European Union (EU). To do so, it will seek a mutually acceptable solution with the EU," the statement reads.

The unilateral safeguard clause presupposes the independent control of immigration by introducing temporary and targeted restrictions on residence and work permits for individuals from EU and European Free Trade Agreement (EFT) states.

"A specific threshold will be set for the immigration of citizens of EU and EFTA states, which, if exceeded, would lead to quantitative limits and quotas being introduced the following year," it was noted in the statement.

The Swiss Cabinet announced that it would continue its negotiations with the European Union to ensure that any new measures do not contradict the principle of the free movement of persons between the European bloc and Switzerland.

© REUTERS / Michaela Rehle
Austrian Lawmaker Backs EU Refugee Quota Challenge as ‘Absolute Must’
In 1999, Brussels and Bern struck a deal on the principle of freedom of movement, granting each other's citizens the right to enter, live and work on their respective territories. Over 1 million EU citizens live in Switzerland, and another 230,000 cross the border daily to go to work, according to the EU External Action Service.

At the end of 2013, foreigners constituted almost 24 percent of the Swiss population, one of the highest indices in any Western economy, raising concerns that the situation would lead to discrimination in hiring practices and an imbalance in social benefits for local residents.