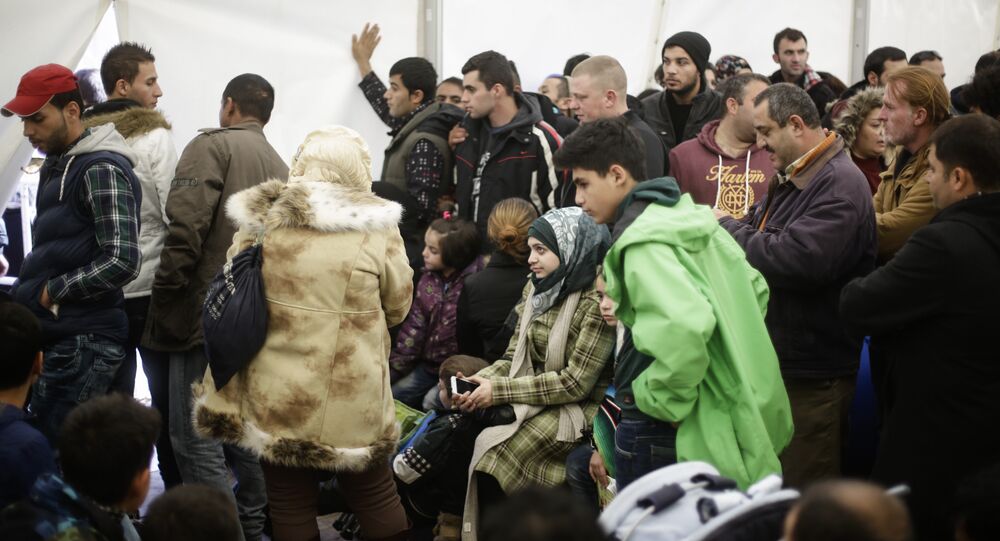 There is no link between the influx of refugees to the European Union and the threat of terrorism there, German lawmaker from the left-wing Die Linke party Andrej Hunko told Sputnik on Thursday, commenting on Russian President Vladimir Putin’s annual state of the nation address.

© AP Photo / Martin Meissner
EU Parliament President Says Europe Deeply Divided Over Refugees and Terror
MOSCOW (Sputnik), Daria Chernyshova – Earlier in the day, Putin said that the international terrorism could not be defeated by one country in the conditions of the global resettlement and open borders.

"While the problem of open borders makes it easier for terrorists to move between countries, I want to point out that there is no connection between terrorist threats and the migration of Muslim refugees to Europe," Hunko said.

He added that the main reason for the growing support for extremist ideology was "the social and global injustice which gives people no hope for development."

Over 1.2 million illegal border crossings have been detected by the EU border agency Frontex since the beginning of 2015.

There is currently no international political will to create a broad counterterrorist coalition, German lawmaker from the left-wing Die Linke party Andrej Hunko told Sputnik on Thursday, commenting on Russian President Vladimir Putin’s annual state of the nation address.

Earlier in the day, Russian President Vladimir Putin in his state of the union address reiterated his call to create a unified counterterrorism front basing its actions in international law.

"Of course it is possible to form an international coalition and it has to be in the legal framework of UN. But at the moment there is not enough political will for it," Hunko said.

According to the lawmaker, different parties are pursuing different interests in Syria.

"We will see whether this will block the formation of a coalition. A real strategy should first cut the international support for the terrorists and should lead to developing a perspective for the people in the countries concerned," Hunko explained.

Putin first proposed a unified counterterrorism front in September at the UN General Assembly, but according to Kremlin spokesman Dmitry Peskov’s last week statement, Moscow had not received an answer of its Western partners.

A US-led international coalition has been conducting airstrikes against the Daesh, also known as ISIL/The Islamic State, extremist group, prohibited in Russia and many other countries, in Iraq and Syria since 2014 without the approval of the UN Security Council or the Syrian government.

Russia launched its own air campaign against Daesh in Syria on September 30 at the request of Damascus.

"We now have on a worldwide level a lot more terrorist attacks than in 2001, when US started the worldwide ‘war on terror,’" he said.

Hunko added that the US-led campaign is a "a complete failure," as after 14 years of war in Afghanistan, terrorism is stronger now than before.

"If you just throw bombs, you will certainly also kill a lot of innocent people, and this will automatically generate new terrorists, who are looking for revenge," the lawmaker pointed out.