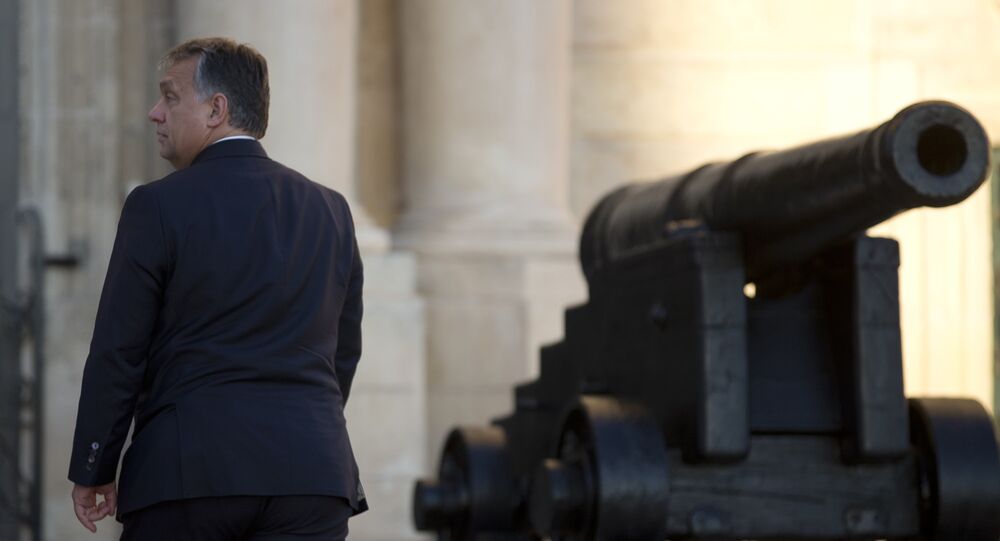 "A nasty surprise lies in wait for Europe," according to Hungarian Prime Minister Viktor Orban who claims Germany has struck a secret deal for the European Union to take in half a million Syrian refugees from Turkish refugee camps.

Speaking in Budapest, Hungary's right-wing anti-immigration Prime Minister hinted that the pact between the EU and Ankara would be announced on 3 December or the day after.

The claim by Mr Orban has been refuted by European Union officials, who recently reached a deal with Turkey, trading visa restrictions and possible EU membership for the containment of Syrian refugees.

In what has been described by human rights groups as "outsourcing its dirty work", the EU is to give Ankara US$3.2 billion in aid and assistance in return for Turkey increasing its efforts to stamp out the people-smuggling of Syrian refugees from to Europe — instead housing them in Turkish refugee camps.

Meanwhile, EU officials from Germany, Austria, Belgium, Finland, Greece, Luxembourg, the Netherlands, and Sweden have admitted that discussions had taken place surrounding the resettling of 400,000 Syrian refugees from Turkey whilst insisting that there is nothing secret about it, as Orban infers.

The idea, according to European Commission (EC) officials is to manage refugees in an open and voluntary fashion. So far, member states have failed to agree to a quota system proposed by Brussels for EU countries to share the resettlement of 160,000 refugees.

In Hungary, refugees have been writing a personal “message to the world” https://t.co/9Np2aHiX0x pic.twitter.com/uNU6dXjmJh

​Hungarian Prime Minister Viktor Orban is staunchly opposed to any refugee quota. "We cannot accept this", he says. Slovakia, following Hungary's lead, has lodged a lawsuit at the European Court of Justice against the resettlement program proposed by the EC.

It's not exactly clear what Mr Orban is inferring to with his comments that, "A nasty surprise lies in wait for Europe."

The deal between the European Union and Turkey was only reached when the EU agreed to hand over the money, relax visa restrictions and renew Turkey's bid to become a member of the EU. In return, all Turkey needs to do is hold back refugees and contain them on their soil to stop them from traveling to the EU.

Or on the other hand, they could let them go, which would probably come as some surprise to certain EU leaders.