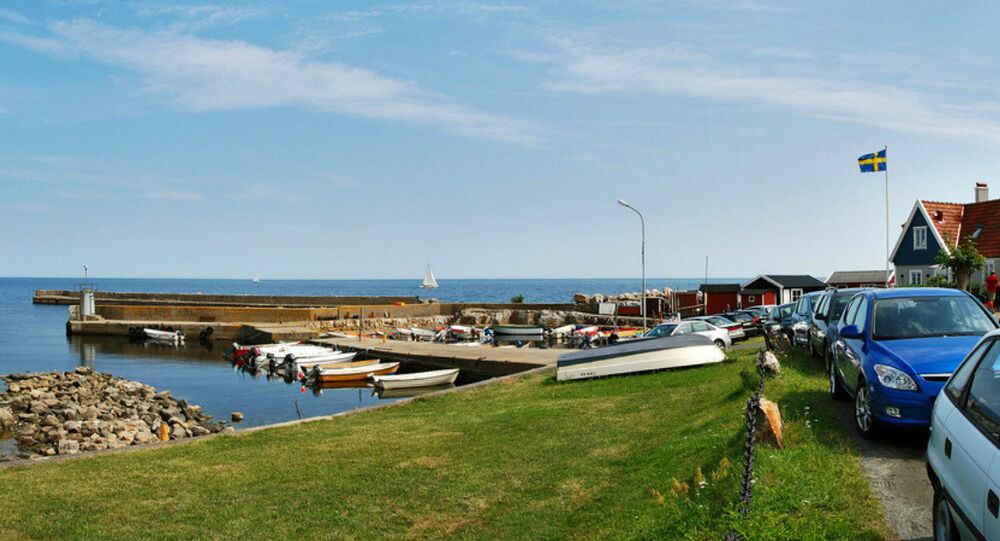 A boat carrying suspected migrants has reportedly arrived at Sweden's southernmost province of Skane, in what can be seen as an attempt to avoid recently-introduced border controls and checkpoints.

© AFP 2021 / PANU POHJOLA / LEHTIKUVA
14,000 Undocumented Migrants Vanish Without a Trace in Sweden
At least five suspected migrants have arrived by a rubber boat in the village of Skillinge in southern Sweden, several weeks after Stockholm introduced temporary border checks to control the flow of migrants into the country, Swedish media reported.

The newspaper Dagens Nyheter quoted a local police spokesperson, who warned against jumping to conclusions.

"It's too early to claim that this separate case with a rubber boat in Skillinge can be considered human trafficking and that it is becoming a new trend", the spokesperson said.

© REUTERS / Drago Prvulovic
EU migrants are evicted by police from a camp in Malmoe, Sweden, November 3, 2015.

The information about the boat had already hit local headlines, with users of social networking websites describing the news as "hysteria about refugees" and suggesting that the boat carried ordinary fishermen.

However, the Swedish television station SVT quoted fisherman Tommy Persson as saying that the people in the boat didn't like fishermen.

"They could not get out into the Baltic Sea on board such a tiny boat. They were certainly dropped into the sea from a larger ship," Persson said.

On November 30, the European Commission approved the Swedish government's proposal to send refugees coming to Sweden to other EU countries. Additionally, Sweden will not have to accept refugees in accordance with EU quotas.

© REUTERS / Adam Ihse/TT News Agency
Sweden Can't Provide Beds for All Migrants, Urges Refugees to Stay in Germany
As for Sweden's temporary border controls, they will be in force until December 11, sources said. About 200,000 migrants are expected to have arrived in Sweden by the end of this year, representing a larger per capita inflow than any other EU nation. This vastly outnumbers the 113,593 children who were born in Sweden in 2013, according to Statistics Sweden.

According to the International Organization for Migration, some 650,000 people, mostly Syrians, have taken rickety boats this year to cross the sea and reach Europe, mainly via Turkey and Greece.