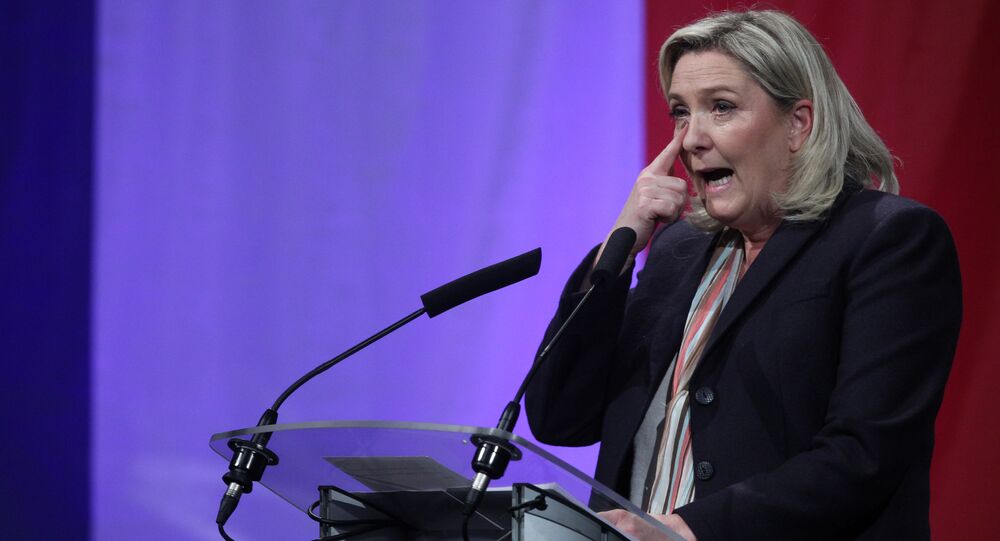 French right-wing Front National Party leader Marine Le Pen has accused the government of Francois Hollande of "negligence and incompetence" over its intelligence failing before the Paris terror attacks on November 13.

Le Pen — who is poised to win a significant number of seats in French regional elections this month — accused Hollande's government of failing to tackle the terror threat properly, allowing the free movement of known jihadists on French soil and buy bomb detonators in Paris unchecked.

Francois Hollande — whose popularity was in decline ahead of the Paris attacks — has been fast to assert his authority and show strong leadership in an effort to boost his own personal profile and his socialist party's chances at the regional elections.

Meanwhile, the leader of the Republicans, Nicholas Sarkozy, also stepped into the argument, saying:

"Why didn't they carry out searches when they had the addresses [of known terrorist suspects]? Why has everything they opposed [stricter security measures] become possible today?"

© AP Photo / Claude Paris
Popularity of Far-Right Front National Party Boosted by Paris Attacks
France has been on maximum terror alert ever since the Charlie Hebdo attacks in January, when two heavily armed gunmen entered the Paris offices of the satirical news magazine and killed 12 people, including 2 police officers.

Two days later, another man, identified as Amedy Coulibaly, attacked a kosher market in Porte de Vincennes immediately killing 4 people. He then took hostages and a 4-hour siege begun. The police raided the market killing the gunman and freeing the hostages.

In June, two attackers decapitated a man in a factory in Saint-Quentin-Fallavier, near Lyon. The attacks was claimed in the name of Daesh, also known as ISIL.

Marine Le Pen tells it like it is at European Parliament re #ISIS #terror #ParisAttacks #austerity #migrantcrisis https://t.co/tHZsdVd7qa

Following those terror attacks — and others — the French government has been on high alert, but Le Pen claims law enforcement agencies failed to prevent the Paris attacks on November 13, despite there being a trail to the attackers.

One of the attackers, Salah Abdeslam, from Belgium, was known to the law enforcement services yet managed to buy detonators in France using his driving license as proof of identity. The ringleader, Abdelhamid Abaaoud was able to return from Syria several times via the migrant route of Greece without being detected.

© REUTERS / Yves Herman
French military patrol near the Eiffel Tower the day after a series of deadly attacks in Paris , November 14, 2015

It has also emerged that Abdeslam was stopped by police at the French-Belgian border but then released. He was allegedly drinking in a Belgian cafe the day after the attacks.