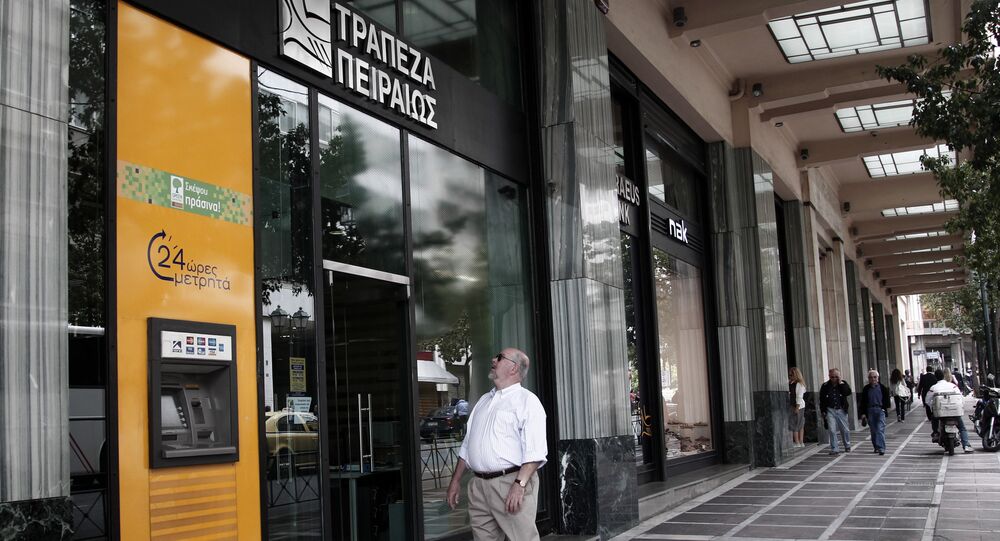 Greek Bank Gets $2.9Bln in Recapitalization Assistance From ESM

The European Stability Mechanism (ESM) decided to release €2.72 billion to Greece to recapitalize Piraeus Bank, according to the ESM press release.

"The Board of Directors of the ESM decided today to release €2.72 billion to Greece to recapitalize Piraeus Bank. This amount will be subtracted from the €10 billion held in a segregated account at the ESM and designated to cover the Greek banking sector’s potential resolution and recapitalisation costs," the ESM said in a statement published on its website.

With an identified shortfall of 4.93 billion euros, Piraeus has covered the remaining 2.2 billion partly by private means, and in part by additional capital operations. The remaining 7.28 billion euros will be used for the further recapitalization of Greece's banks, it was noted in the statement.