Turkish newspaper Cumhuriyet is facing a sudden re-examination by government authorities of its 2010 tax accounts after two of its journalists were arrested last week on charges of espionage and propaganda, the newspaper’s chief executive, Akin Atalay, said.

MOSCOW (Sputnik) – On November 26, an Istanbul court ordered the arrest of the Cumhuriyet’s editor-in-chief, Can Dundar, and the newspaper’s Ankara bureau chief, Erdem Gul, over the publication of an article detailing how trucks owned and operated by Turkish intelligence were carrying weapons bound for Syria.

"Two and a half years have passed since Cumhuriyet newspaper’s 2010 accounts were fully inspected, now they again want to inspect the audited accounts for 2010," Atalay said on Twitter on Monday.

A photocopy of the previous tax inspection report was attached to the tweet. 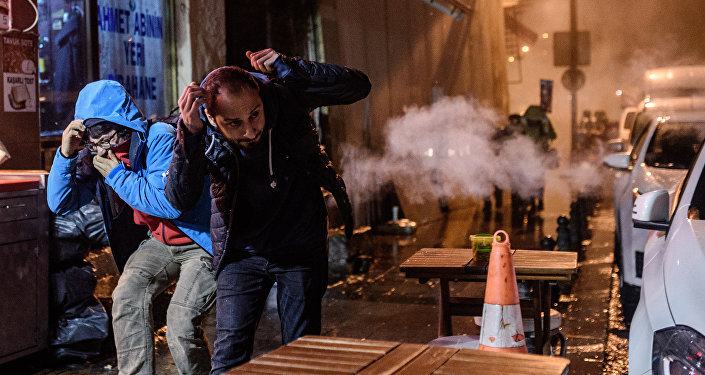 Ankara denied accusations of assisting a Syrian opposition, claiming that the vehicles were delivering aid to Syrian Turkmens.

The arrest of the journalists raised an international outcry over freedom of the press in Turkey. The Organization for Security and Cooperation in Europe, the European and International Federations of Journalists have called on Ankara to drop all charges against the two journalists and release them immediately.