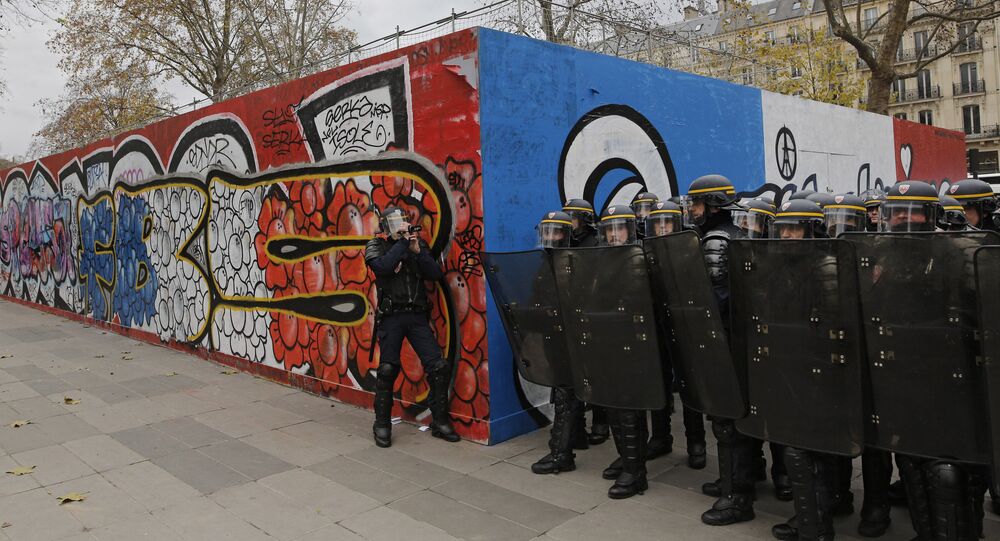 The number of people detained by police in France following climate change protests which turned violent has jumped from 174 to 317. Around 10,000 environment activists gathered on the Place de la Republique despite authorities imposing a "state of emergency" in Paris which prohibits protests during the COP21 climate change summit.

While French President Francois Hollande condemned the violence that erupted in the French capital and said it had "nothing to do with environmentalists," others believe the "state of emergency" measures have been imposed at a convenient time allowing French authorities to target activists.

Human rights and privacy campaigners have already issued warnings that emergency anti-terror measures must not remain a permanent fixture in French legislation. Amnesty International is concerned that the new powers passed could potentially erode the founding values of the French Republic.

"Right now the protection of the population from further imminent attack is rightly the number one priority. But the emergency powers currently being rushed through parliament provide for a sweeping extension of executive powers at the expense of essential human rights safeguards.

"They must be used only when strictly necessary and should not become a permanent addition to France's anti-terror arsenal," said John Dalhuisen, Amnesty International's Director of Europe and Central Asia.

France's state of emergency includes the possibility for police raids to take place at any point without a warrant; the seizure of digital equipment suspected of containing information by police at any moment and people whose "behavior can seriously be considered a threat to security and public order" can be detained or placed under house arrest.

It's thought 1,600 raids have been carried out by French security services since the state of emergency measures have been implemented. According to 'Right to Housing' protesters 60 people who demonstrated on Sunday in support of refugees were summed to a local police station. They now face up to six months in jail and a fine of US$7,000.

© REUTERS / Eric Gaillard
People demonstrate near the Place de la Republique after the cancellation of a planned climate march following shootings in the French capital, ahead of the World Climate Change Conference 2015 (COP21), in Paris, France

Up to 120,000 police and army personnel have been deployed to keep the French capital safe as 150 world leaders meet at the global climate change summit.