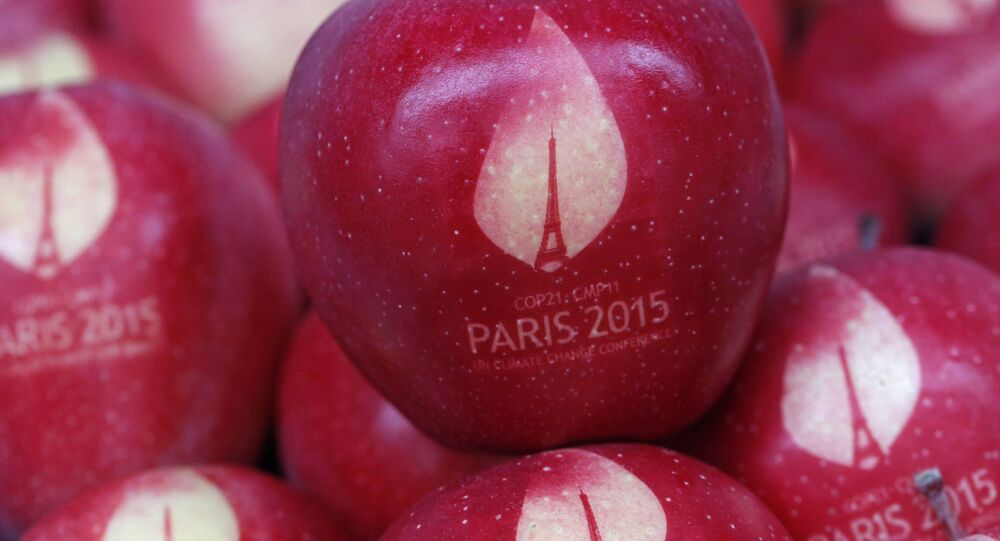 Green Activists Under House Arrest Because They ‘Might’ Protest at COP21

Who poses the main threat to the French police in the wake of climate summit? Not only terrorists, but climate activists as well! What regular French can’t live without? Wine? Women? And protests! French police seem to restrict a prominent French passion in the wake of the threat of terrorism.

© REUTERS / Eric Gaillard
Over 200 Protesters Arrested in Banned Paris Climate Rally – Reports
French police have put unprecedented preventive security measures in place for the climate change summit to start on Monday in Paris as there's too much at the stake now after the deadliest terrorist attack in French history took place in the French capital on November, 13.

The two-week COP21 open its doors only Monday but French law enforcement has already placed twenty-four environmental activists under house arrest in line with the country's emergency laws which were extended for three more months after the Paris atrocities.

After Hollande claimed a state of emergency in France, police don't need a judicial decision to put suspects under arrest, search homes and conduct raids at night.

But unsuspecting climate activists, who actively demonstrate every time France hosts environmental summits, were surprised to find themselves suspect after police officers came to arrest them. On Thursday, police handed Amelie and five her flat mates an order that restricts their liberty of movement in western city of  Rennes until 12 of December, the same day the Paris summit will close its doors.

"They entered the apartment with shotguns and assault rifles. It was quite violent. They pinned us to the ground," said Amélie, a young barmaid who did not wish to give her full name. "It lasted quite a long time. We had no idea why they were there."

This time, prohibitory injunction is being levied against left-wing and green activists.

Even as criticism from civil liberties activists mounts, the question remains as to how long the French are ready to sacrifice their liberties in the sake of security?

Since the terrorist attacks in Paris, all demonstrations are forbidden in France, including those geared for the climate summit in Paris. But for some climate activists, security is an unknown word as they slammed the ban and call it a "a gross abuse of power that risks turning the summit into a farce."

While responding to human rights abuse allegations, France's Interior Minister, Bernard Cazeneuve, pleaded Saturday that the 24 climate activists under house arrest were previously arrested and vowed to ignore the principles of the state of emergency, France 24 quoted him as saying.

According to AFP, security forces "must not be distracted from the task of combating the terrorist threat" so police eliminated potential troublemakers represented by radical campaigners.

Restrictions to leave Rennes, a requirement to register three times a day at the local police station, and restricting them to their houses between 8pm and 6am, mean green activists are being punished for their previous "sins", according to Amelie's friend Marie.

"Our house arrests are based merely on the supposition that we might attend a rally in Paris, when in fact there is no evidence whatsoever," said Amélie, who said they had no intention to go to Paris for the climate summit.

© REUTERS / Eric Gaillard
French Police Use Tear Gas at Banned Climate Change Rally in Paris (VIDEO)
A bone of contention between climate activists and law enforcement has been on a dramatic rise. Marie Dosé, Amelie's lawyer, said the state of emergency has been exploited by the government to restrain people with different opinions.

She said: "If we start placing people under house arrest for ideas that have nothing to do with terrorism […], this constitutes an infringement on freedom of speech and assembly."

The court hearing is scheduled on Sunday when Dosé hopes the justice is served.