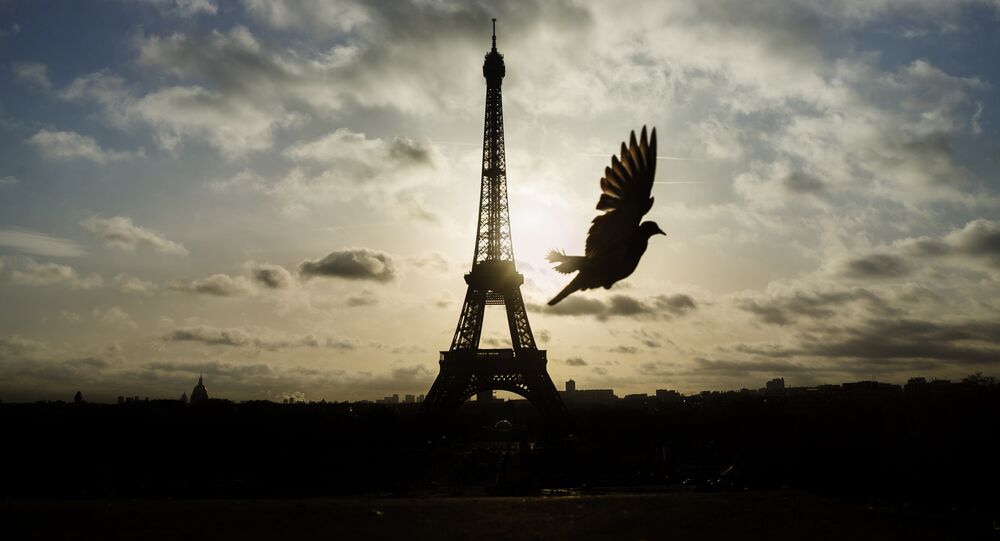 After the November 13 terrorist attacks in Paris a series of conspiracy theories, which deny the official version of the events and provide their own alternative explanations for what happened, appeared online, the French news website Atlantico reported.

A series of suicide bombings and shootings shook Paris on November 13. Several extremists launched coordinated attacks across the city, killing some 130 people and injuring over 360 at several locations, including restaurants, the Bataclan concert hall and in the vicinity of the Stade de France stadium.

© AP Photo / Jacques Brinon
'130 Shattered Destinies' - France Mourns Victims of Paris Terror Attacks
ISIL claimed responsibility for the attacks. However, that didn't prevent the spread of conspiracy theories on the Internet that seek to offer evidence and alternative explanations for what happened in Paris on the night of Friday the 13th of November.

Broadly speaking, there are two kinds of conspiracy theories that emerged on the Internet after the Paris attacks, Atlantico said.

However, Alexandre Del Valle, an expert in geopolitics and a former editor of the French newspaper Le Soir, said conspiracy theories are too simple to be true:

"Conspiracy theories are too simple and primitive to be true; they're a tool that leads to a recruitment of naïve people into a totalitarian political order," Del Valle said, as cited by Atlantico.

When there is a very complex situation, as it is in Syria, for example, where there is a war with several groups fighting against each other in a free-for-all battle, the truth might seem to be too confusing for some people to understand. That's why some people come up with a simple conspiracy theory to satisfy their passion for an explanation, Del Valle said.

Conspiracy theories revolve around the idea that there isn't truth to be found anywhere and all official sources are a lie. This leads to the decline of patriotism, civic spirit, respect for the law and the rise of a cult of rebellion against everything, Del Valle said.

Conspiracy theories help to the rise of Islamic extremism. By blaming the French government and some international "Jewish elites," conspiracy theories take the responsibility off the jihadists who caused the Paris tragedy. Furthermore, some of these theories could actually lead to the recruitment of more members for cults and radical organizations, the geopolitical expert explained.

Unlike the truth, which is often multi-layered, conspiracy theories are relatively simple. This allows them to explain the world as a simple and clear realm, manipulating and recruiting people into likeminded radical movements that also see the world in a black-and-white realm.