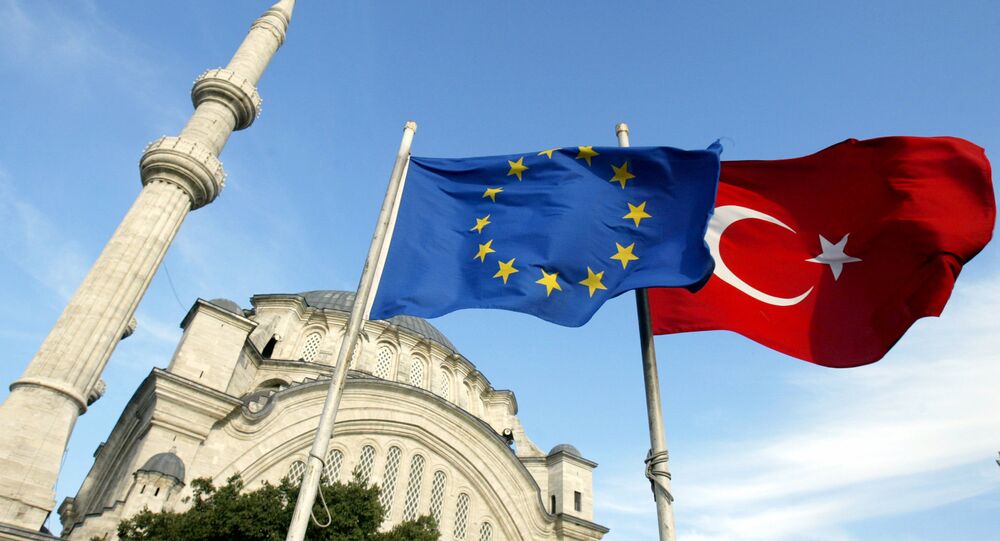 Turkey will help the European Union tackle the influx of migrants that threatens the future of Europe's passport-free travel in exchange for funding and restarting talks on Ankara’s accession to the 28-nation union.

In exchange, Turkey will get 3 billion euros of initial aid to handle the refugees on its territory.

© AP Photo / Joerg Sarbach
Deal Between Merkel, Erdogan Will Be the End of Europe – German Media
The EU will also restart in December the stalled negotiations on Ankara’s accession talks to the EU.

The EU aims to waive visa requirements for Turks traveling to the EU in October 2016 if Ankara meets certain criteria specified in an agreed roadmap.

According to the International Organization for Migration, almost 900,000 people have entered Europe this year seeking sanctuary or jobs. More than 600,000 have entered through Greece, many after making the short sea crossing from Turkey.

So Turkey has become an indispensable actor as the refugee emergency leads some European nations to shut down borders, crack down on security or erect razor-wire fences.