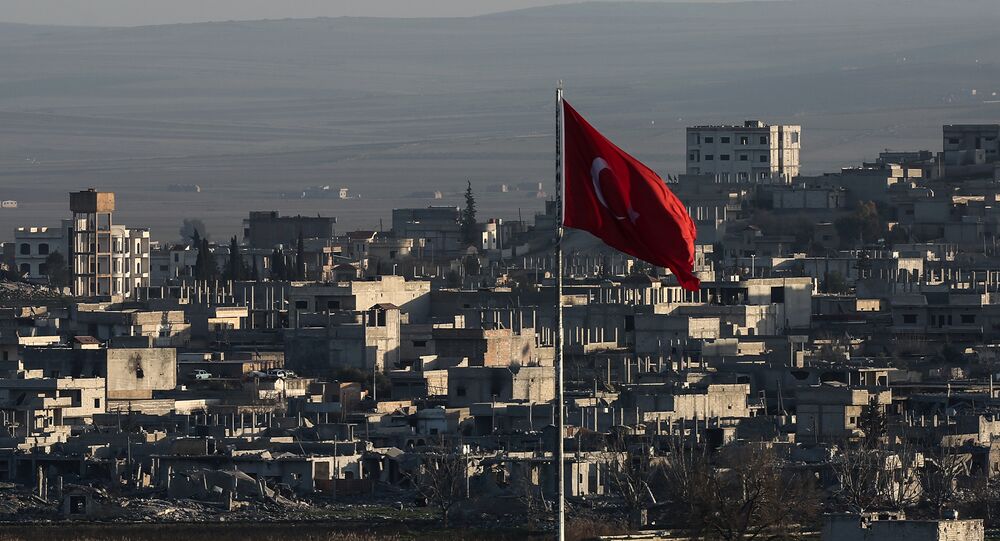 By sending arms to Syria, Turkey knew that the weapons would end up in the hands of the Islamic State terrorist group, journalists from an Istanbul-based newspaper whose editors were arrested for divulging “state secrets” told RT.

© AP Photo
Arrested Turkish Journalists Call on EU Leaders for Solidarity
In May, the Cumhuriyet newspaper published photos of weapons it said were then transferred to Syria by Turkey's intelligence services. The revelations caused a political uproar in Turkey, with an enraged President Recep Tayyip Erdogan vowing the journalists would pay a "heavy price".

In an exclusive interview with RT journalists from Cumhuriyet, one of the few remaining independent newspapers in Turkey, shared what they know about Ankara’s alleged connections with Islamic State.

"Those who sent the convoy from Turkey knew that the weapons were heading to end [up] in ISIL hands," one of them said.

"There was that flag that belongs to ISIL… [it could be seen] very clearly [from] Turkish border line," the journalist added.

Turkish officials made contradictory statements after the paper blew the whistle, first saying that the arms "were going to the Free Syrian Army," then denying the delivery altogether, and then saying the "aid was destined for the Turkmen."

"When you ask [the government] who [the Turkmen] are, they tell you that those are our guys," another Cumhuriyet journalist told RT.

© AFP 2021 / ADEM ALTAN
Bitter Truth? Reports of Turkey's Arms Supplies to Syrian Rebels 'Drives Ankara up the Wall'
But when the reporter "personally talked" to the fighters supported by her government in Syria, she said she didn't see how they could be different from the terrorists, saying "they were all brothers."

"[There is] no difference between ISIS and the other guys. I think there is a problem with the labels here, because all the world is focused on ISIL, but there are other jihadist groups there, and they have links with Al-Nusra or ISIL, [while] Turkey says 'we are helping those groups – not ISIL'”, the Turkish journalist added.