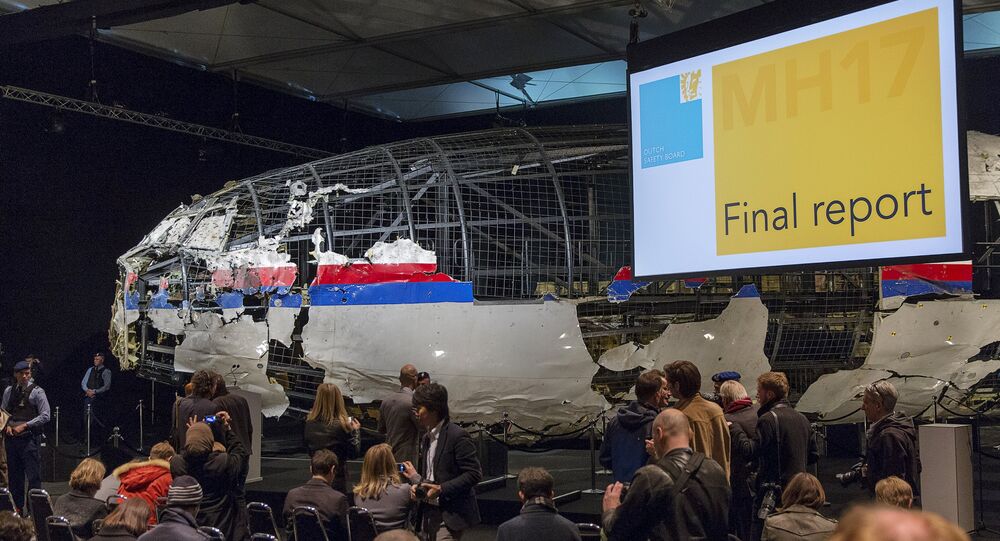 Representatives of 12 countries affected by the Malaysia Airlines Flight MH17 crash in Ukraine in 2014 held the third coordination meeting in The Hague and discussed the tragedy’s investigation process, the EU Judicial Cooperation Unit (Eurojust) said Saturday.

MOSCOW (Sputnik) – The Malaysia Airlines Boeing 777, en route to Kuala Lumpur from Amsterdam, crashed over the Donetsk region in eastern Ukraine on July 17, 2014, killing all 298 people on board.

"National authorities from all involved countries attended a coordination meeting … at Eurojust to discuss progress in the identification and victim information process, as well as the criminal investigation into the crash of Flight MH17," Eurojust said in a statement.

The meeting was attended by the prosecutors and investigators from the Netherlands, Australia, Ukraine, Belgium and Malaysia, that formed a joint investigation team in 2014. The representatives of the countries whose nationals were killed in the aircraft crash, namely the United Kingdom, Germany, the Philippines, Canada, New Zealand, Indonesia and the United States, also attended the event.