Turkish President Recep Tayyip Erdogan did himself and the international fight against ISIL a great disservice by shooting down the Russian warplane and antagonizing Moscow, German media wrote on Thursday.

Russia will hardly resort to a tit-for-tat response to last week’s downing of its Su-24 bomber by a Turkish F-16 fighter jet, but the Russian president still has ample means available to him to punish Ankara, political analyst Abdel Mottaleb El Husseini said in an interview with Focus magazine.

“The Turks profited from the EU sanctions against Moscow, Russia by ramping up their exports to Russia, but President Putin can now punish Ankara by curtailing or banning altogether the import of billions of dollars’ worth of Turkish goods. Turkey would also suffer from the loss of the millions of Russian tourists coming to its resorts every year,” El Husseini added. 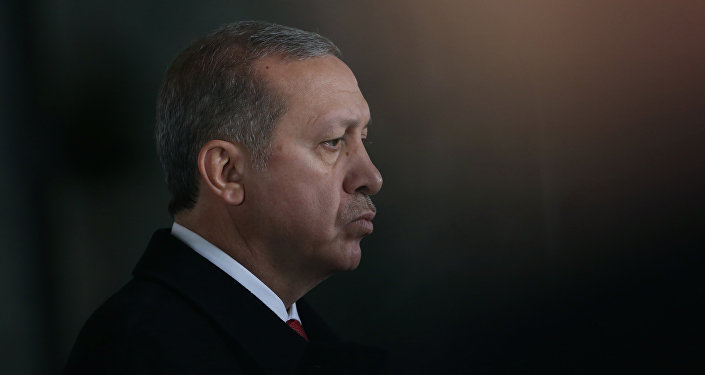 © AP Photo / Burhan Ozbilici
Erdogan’s Decision to Down Su-24 Was Deliberate - German Analyst
Russia could also dash President Erdogan’s hopes of restoring Turkey’s clout in the Middle East by deploying anti-aircraft missiles and missile cruisers in the region and stepping up its airstrikes along the Turkish-Syrian border.

Russia is a great power whether Erdogan likes it or not and this great power is now creating a new political situation in a region where Turkey has very few friends, the Lebanese-born analyst noted.

“Interested as it is in a union with Ankara, NATO will hardly risk a confrontation with Russia because of Erdogan whose reckless behavior is bad for Turkey and is also a threat to the international fight against ISIL,” Abdel Mottaleb El Husseini said in conclusion.