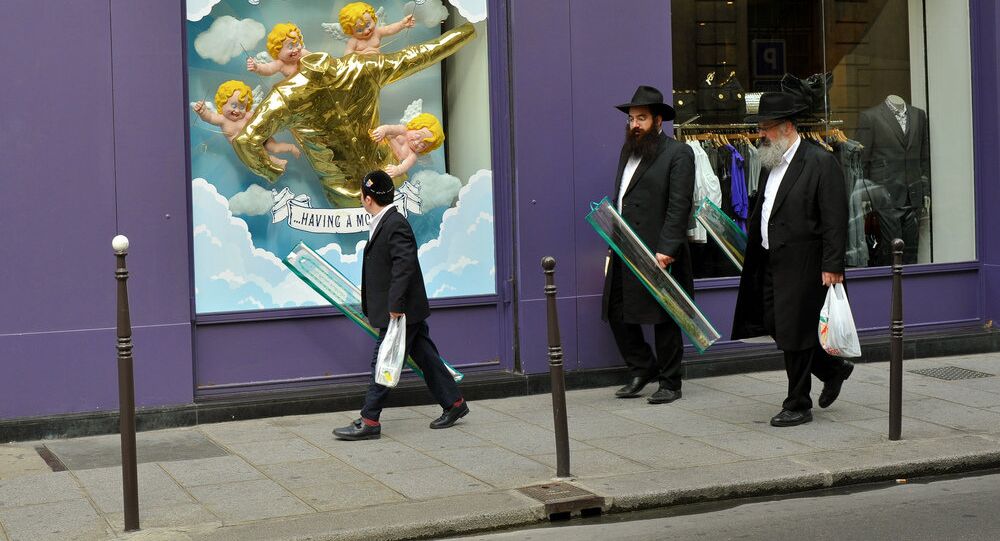 Brussels chief rabbi has warned there is "no future for Jews in Europe" following the Paris attacks. A leading Jewish security group has told Sputnik that his comments reveal the real sense of fear felt among Jewish communities across Europe.

"There is a sense of fear in the streets, the Belgians understand that they too are targets of terror. Jews now pray in their homes."

"I think it's very sad that Jewish people in Europe feel this way. I think people should take it as an indication of the genuine fear that people are feeling in European Jewish communities."

2015 has marked a series of prominent attacks that have proved that some Jewish fears are justified.

In January in Paris, days after the headlines were dominated by the Charlie Hebdo massacre, a lone gunman stormed through the doors of a Jewish kosher supermarket, and took its customers hostage. Four people died in the four-hour ordeal.

In response, Paris' Grand Synagogue canceled its Sabbath services for the first time since the neighborhood was under Nazi occupation.

"The synagogues were closed, something which has not happened since World War Two. People are praying alone or are holding small minyanim [small prayer groups] at private homes. Schools and theatres are closed as are most large stores and public events are not permitted. We live in fear and wait for instructions from the police or the government."

He claimed the atmosphere of paranoia is so great for some, they are packing up and leaving Europe altogether.

"There has been aliya [religiously motivated immigration] to Israel as well as emigration to Canada and the US. People understand there is no future for Jews in Europe. Jews should not make aliya out of fear because this will result in a poor absorption experience as a feeling that something was left behind will always remain."

"I don't think in the UK there is the same level of anxiety. People don't feel the need to emigrate because there hasn't been an attack here. However, there is definitely concern of a terrorist attack against Jewish people. That concern is real and that threat is real."

Mr Rich also welcomed the show of solidarity the British Jewish community has received from members of the public.

"Jewish communal life in the UK is good, vibrant and public, and it's been encouraging how much support we received after the terrorist attacks in January in Paris."