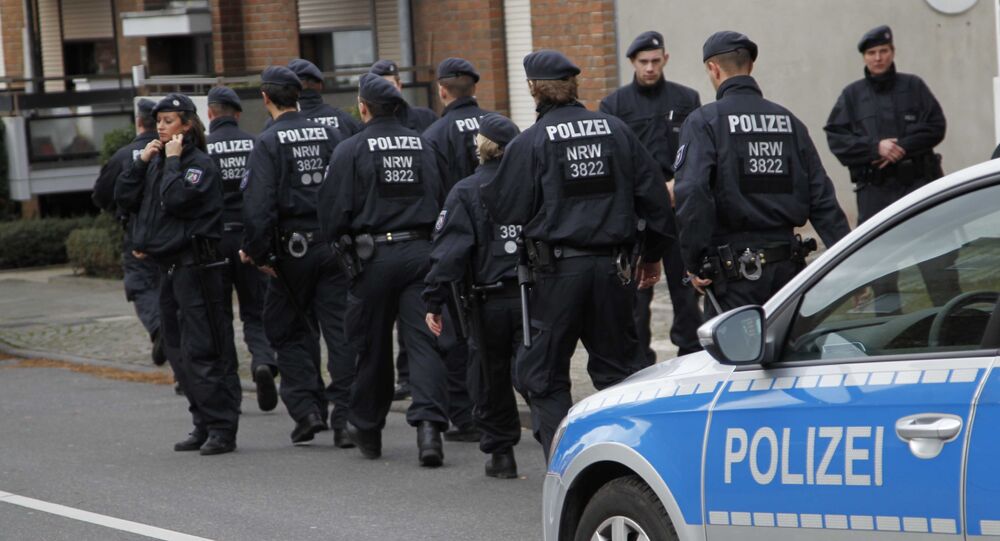 Police in Germany have arrested three Islamists believed to have planned an attack in Dortmund, and a fourth man, in Stuttgart, believed to have supplied weapons to the jihadists who carried out the Paris attacks on November 13.

Two major police operations were launched in Charlottenburg and another district, Britz, during which three men were arrested and the Seituna mosque was searched for explosives and weapons. Almost simultaneously, other police forces in Britz arrested three men, believed to be Muslims.

Sources say intelligence officers are examining links between the men and those behind the Paris attack, who were based in Brussels. Meanwhile, German police in Stuttgart have arrested another man — only named as Sascha W — a weapons handler, believed to have supplied weapons used by Jihadi terrorists for the Paris terror attacks.

© AFP 2021 / JACQUES DEMARTHON
Weapons Used by Paris Attackers Could Have Come From Germany
The fact that German police have allegedly managed to prevent a terror attack will be taken as proof that intelligence is being shared more comprehensively, after criticism that the Paris attacks could have been prevented if known information about the Brussels connection had been shared.

Attention fell on the poor Brussels district of Molenbeek, from where the terror attacks in Paris on November 13 were coordinated. Belgian police arrested dozens of people following the Paris atrocity.

Brussels was in near-lockdown until Friday, when the security alert level was reduced by the government.

However, many in Europe are asking how Paris attacks ringleader Abdelhamid Abaaoud was able to return from Syria several times via the migrant route of Greece without being detected, despite there being arrest warrants out in his name.

The mayor of Molenbeek — dubbed a "terrorists' den" because of the sheer number of jihadists living there — this week admitted receiving a list of 80 suspected Islamic militants living in the area.

It included Abaaoud, who was killed last week outside Paris, along with Brahim Abdeslam, who blew himself up and his brother Salah Abdeslam — currently on the run.

European lawmakers this week passed a resolution calling on member states to strengthen security and step up intelligence cooperation, after it was revealed that the European law agency Europol has a database of only 2,000 out of the suspected 5,000 European citizens believed to have traveled to Syria.