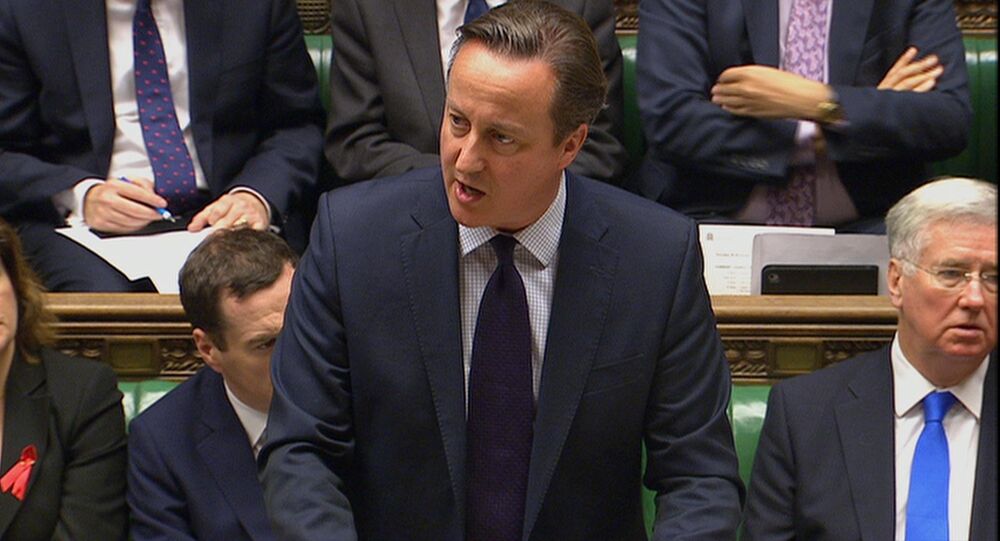 UK Prime Minister David Cameron is facing a political crisis after calling for support for airstrikes against ISIL in Syria, but failing to gain the support of Labour leader Jeremy Corbyn who has now caused a major rift in the opposition.

Cameron told lawmakers in London Thursday that Britain should join a coalition of forces in airstrikes against ISIL in Syria. The country is already bombing ISIL in neighboring Iraq, but Cameron needs a mandate from parliament to extend the operations into Syria.

Why we must take action against ISIL in Syria as part of a wider strategy. My Commons statement:Mr Speaker, I said I…

The issue is politically sensitive as Cameron lost a vote to launch airstrikes against Syrian President Bashar al-Assad in 2013, with cost him political value. This time around — in a vote on bombing Assad's enemies — he cannot afford to lose political face again.

However, the Scottish National Party (SNP) has indicated that it will vote against action in Syria and Cameron needs the support of the Labour opposition to confirm his policy. Labour leader Jeremy Corbyn — who has long been an anti-war campaigner — has written to his party lawmakers telling them he cannot support airstrikes in Syria.

​.@PeteWishart stressing the need for diplomatic solution in Syria. We still haven't heard what plan is should there be air strikes #bbcqt

The move has caused chaos within his party, with many members supporting airstrikes against ISIL. If Corbyn exercises his leadership right to demand all his lawmakers follow his lead — in what is known as a three-line whip — he stands to face a mass revolt in his party, which could force a leadership challenge, which would throw the party into chaos.

If — on the other hand — he allows his lawmakers a free vote, then he would remain leader of his party, and lawmakers would be allowed to vote whichever way they wish. Either way, Corbyn's leadership will have been damaged.

In the Commons the PM just answered a series of questions raised by the Foreign Affairs Cmttee. I asked him 7 more. https://t.co/rKMNQd9OHc

Lesson Not Learned From Iraq

Cameron has other headaches too. Public opinion was strongly against the invasion of Iraq in 2003 and there are many who believe the decision to go to war against Saddam Hussein was based on flawed intelligence, with some — including Corbyn — believing the invasion was illegal.

The Chilcot Inquiry into the reasons for going to war, and its aftermath, has yet to be published and there are many lawmakers who believe its findings will be critical of the invasion because it lacked any exit strategy for Iraq, which has been plunged into civil war ever since. Few want to repeat the mistakes in Syria and are calling for an exit strategy and a strong commitment to support a rebuilding of the country following any invasion to erase ISIL.

If Cameron fails to gain a parliamentary majority on a vote — due next week — over bombing in Syria, he will be politically damaged among his NATO allies, leaving him out in the cold on the global stage. He is also facing calls for the UK not to put itself further at risk than it already is from reprisal terrorist attacks.

Others believe bombing in Syria will play into the hands of ISIL. Jürgen Todenhöfer, the German politician and journalist who, in 2014, spent time with ISIL in both Iraq and Syria, wrote in the Guardian:

"A bombing strategy will above all hit Syria's population. This will fill ISIL fighters with joy."

With Corbyn's party in disarray, the SNP set to vote against bombing and his political worth on the line, Cameron is facing a difficult time in the week ahead and can only hope public opinion in the wake of the Pairs attacks on November 13 can save him.