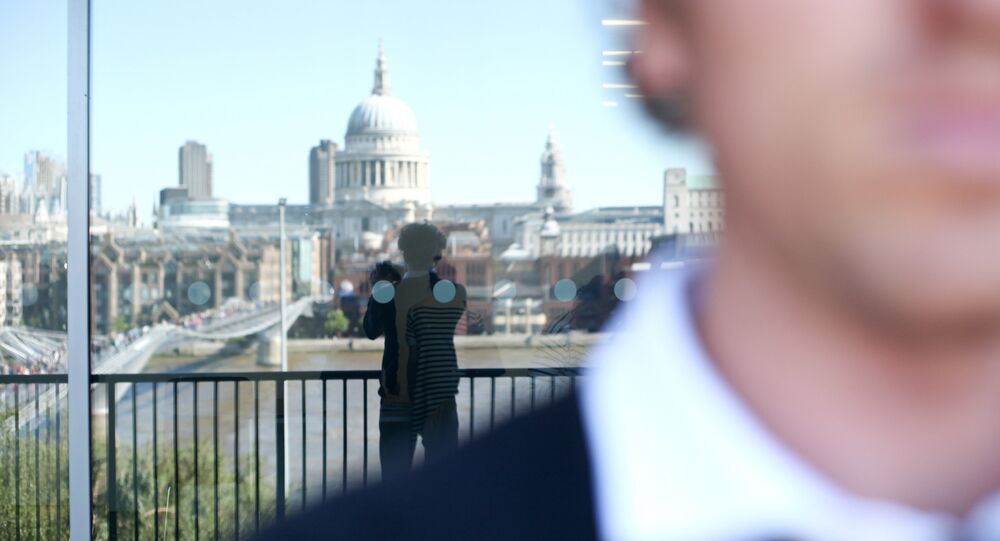 British Prime Minister David Cameron has told the House of Commons that the head of MI5 and the Joint Intelligence Committee has assessed the UK as being "in the top tier of countries ISIL was targeting."

Meanwhile, London newspaper the Guardian has revealed details of a classified internal research document on radicalization and the typical profile of a "British terrorist."

UK’s threat from terrorism went through roof after we bombed Iraq and Afghanistan. So we’re going to make ourself safer by bombing again?

In October the UK's security services and police said they were monitoring 3,000 British Islamist extremists. Sources suggest that many of them had been radicalized and willing to launch a terrorist attack on British soil.

Coinciding with the revelation that MI5 are watching 3,000 extremists, Andrew Parker, head of the government spy agency, warned that the UK is facing an unprecedented terrorist threat and that six plots had been foiled in the past year: "the highest number I can recall in my 32-year career, certainly the highest number since 9/11," Parker told British media.

​But who exactly is a "British terrorist" and who is likely to be radicalized? Well, in an exclusive report published in the Guardian, it suggests that terrorists don't fit a particular profile and that MI5 has concluded that there is no easy way to identify those who become involved in terrorism in Britain.

A classified research document seen by the paper details the analysis of hundreds of case studies by the security services which says it is not possible to draw up a typical profile of a "British terrorist" and most are "demographically unremarkable."

"They are mostly British nationals, not illegal immigrants and, far from being Islamist fundamentalists, most are religious novices… Those over 30 are just as likely to have a wife and children as to be loners with no ties."

Other main findings in the MI5 document and published by the Guardian include: the majority are living in the UK legally; many came to study in Britain or to join family members and became radicalized many years after arriving; many lack religious literacy and very few grow up in strongly religious households.

#MI5: "there is evidence that a well-established religious identity actually protects against violent radicalisation."

According to the article in the newspaper, MI5 says:

"…assumptions cannot be made about suspects based on skin color, ethnic heritage or nationality… those involved in British terrorism are not unintelligent or gullible, and nor are they more likely to be well-educated; their educational achievement ranges from total lack of qualifications to degree-level education. However, they are almost all employed in low-grade jobs."

The "UK restricted" MI5 "operational briefing note" was compiled for colleagues and circulated in June. It can be revealed by the Guardian that the report warned officers that unless they understood the varied backgrounds of those radicalized, they would fail to counter their activities in the short term and fail to prevent violent radicalization continuing in the long term.

The biggest threat is posed by Islamist extremist groups who justify the use of violence "in defense of Islam."

​It's currently "Counter Terrorism Week" in the UK and the chief of London's police Sir Bernard Hogan-Howe told a recent police conference that community policing was key to countering terrorism and preventing radicalization.

.@metpoliceuk Commissioner — a policing model with strong community relations is most effective at preventing terrorism #policeconf15

The leaking of the internal MI5 report could go some way in helping the British public gain more understanding of who exactly is a "British terrorist" — aiding UK's counter terrorism agencies in their fight against terror.