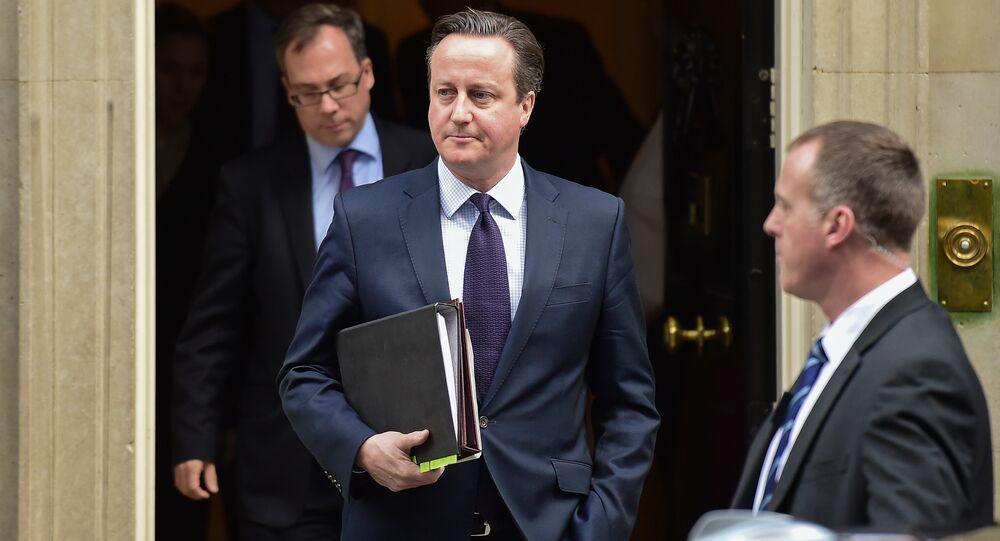 © AP Photo / Militant Website, File
Russia Welcomes Britain's Intent to Join Efforts in Fighting ISIL
LONDON (Sputnik) – The statement comes as the British parliament is scheduled to vote on starting an aerial campaign against the ISIL jihadists in Syria in December. If the parliament supports Cameron’s proposal to launch airstrikes on the militants’ positions in Syria, the bombing may start within hours after the decision is made, according to media reports.

"We will intensify our diplomatic engagement, to build trust between the parties and to deliver an inclusive settlement for the people of Syria. That includes working with Russia and Iran, in order to build the consensus that will allow for a more effective and coordinated international campaign against ISIL [IS]," Cameron said in a statement to the Foreign Affairs Select Committee.

The ISIL, a radical Sunni group, has ceased vast areas in Iraq and Syria, forcing thousands of people to flee their homes.

Russia and the United Kingdom are among countries currently engaged in countering ISIL militants. Britain has been launching anti-ISIL airstrikes as part of a US-led coalition since 2014 in Iraq. Russia has begun conducting its own aerial campaign against the militants in Syria in September, following a request from Syrian President Bashar Assad.

'Playing With Fire': Whose Side is Erdogan on in Anti-ISIL Fight?