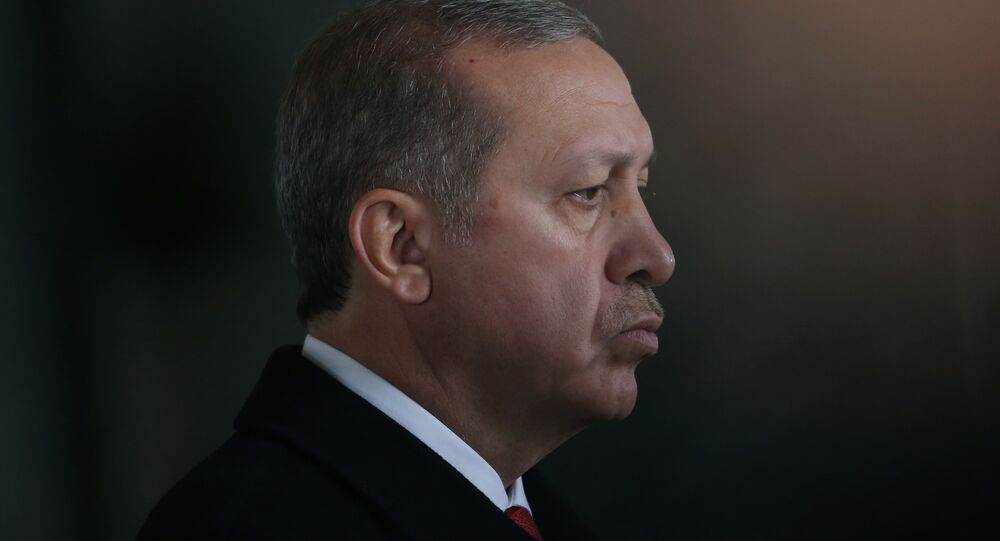 German Vice-Chancellor Sigmar Gabriel has lashed out at Turkey for this week’s downing of a Russian bomber over Syria close to the Turkish border, German media reported on Wednesday.

“This incident showed that, based on statements from other countries in the region, there is a player in the region who is unpredictable and that is Turkey and not Russia,” Gabriel told the weekly newsmagazine Der Spiegel.

He added that “Turkey has played a difficult role' in the Syrian conflict.”

© Sputnik / Dmitriy Vinogradov
Downing of Russian Su-24 Was a 'Pre-Planned Provocation' by Turkey, NATO - UK Ex-Lawmaker
President Vladimir Putin later said that the plane had been shot down by an air-to-air missile fired by a Turkish F-16.

The Russian Defense Ministry said in a statement that the Su-24 had not violated the Turkish border.

Ankara, for its part, insists that the Russian plane had indeed strayed into the country’s airspace.

On Tuesday, German Foreign Minister Frank-Walter Steinmeier urged Turkey and Russia to exercise restraint and  act in a rational and prudent manner in the wake of the incident which he  labeled as “serious.”