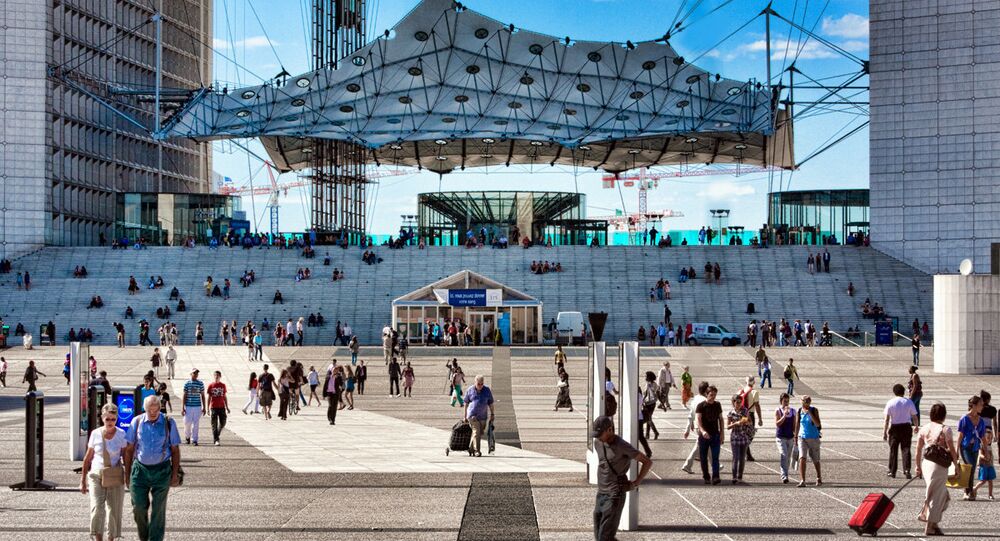 French police have revealed that one of the attackers at the center of the November 13 Paris terrorist assault had returned to the scene of one of the atrocities and had planned to carry out further strikes in the financial district.

Investigators have discovered that Belgian jihadist Abdelhamid Abaaoud had asked his cousin to buy two suits, so that he could blend in with the bankers who work in the La Defense business district. They discovered two suit covers in the Saint-Denis apartment where he was killed.

He is believed to have been targeting the Quatre-Temps shopping center, a huge complex of dozens of stores, shops, restaurants, a UGC multiplex cinema, and other services.

The shopping complex attracts 45 million visitors each year. A second target is believed to have been the district police station, according to media reports.

France 24 also reported that mobile geolocalization data showed that Abaaoud boarded a metro heading to the center of Paris, traveling to each of the districts where the attacks took place at approximately 9.30pm on a busy Friday night in the French capital. France 24's Catherine Norris-Trent reported:

"They believe that Abaaoud returned to the scenes of the crime, notably to outside the Bataclan, between 10.30pm and 12.30am on the night of the attacks."

Paris Prosecutor Francois Molins told reporters that CCTV footage showed him leaving the Nation metro station, near the scene of the cafe shootings, just after they had happened.

The phone believed to have been used by him was also detected in the vicinity of the Bataclan concert venue as police stormed the building.

Several reports said that he mingled with police in the immediate aftermath of the Bataclan attack. Seven of the ten attackers in Paris died on the night with Abaaoud, are believed to be among the three killed when an elite police team stormed the building in Saint-Denis.