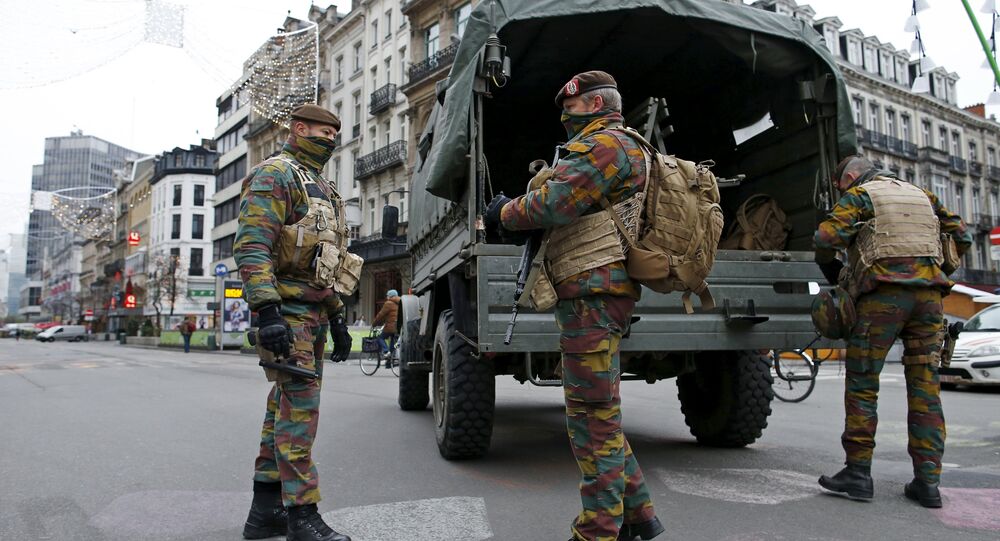 The Belgian authorities made up the list with the names of at list 945 Belgian citizens who have links to a terrorist list with links to the four-year Syrian civil war.

© AFP 2021 / EMMANUEL DUNAND
Belgium Charges Man With Role in Paris Attacks, Highest Threat Level Remains
The list includes militants currently fighting in Syria, fighters that have returned to Belgium, extremists on their way to the war-torn country and people who say they only intend to move there or were simply stopped by Belgian security services, the Derniere Heure newspaper said, citing sources in the office of Belgian Justice Minister Koen Geens.

Belgium has the highest number per capita of EU countries with Islamists who have traveled to fight in Syria, according to the UK-based Aon plc insurance company. Some 440 Belgian citizens are estimated to be fighting on the side of militants in Syria.