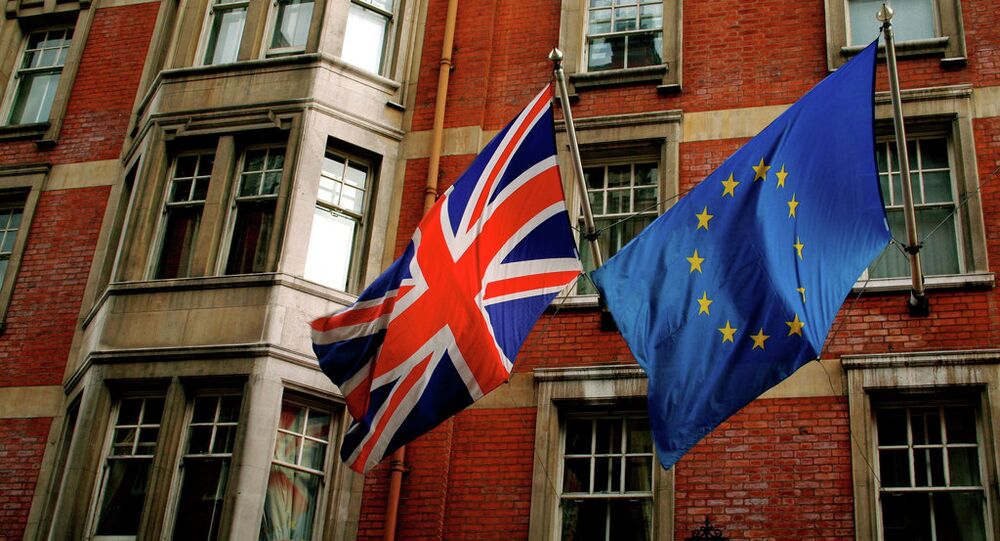 Majority of Brits Want to Quit EU After Paris Attacks

The majority of Brits say they want the country to drop out of the European Union after the recent Paris attacks stirred concerns about unrestricted immigration, an opinion poll found.

MOSCOW (Sputnik) — The survey, published overnight in the Independent newspaper, was conducted by the ORB pollster days after the November 13 terrorist attacks in the French capital killed 130 people and wounded hundreds.

Some 52 percent of those polled now want to exit the 28-nation bloc, the first time that Brexit got a majority in the outlet’s surveys, the Independent indicated. Forty-eight percent of respondents said they wanted to stay.

© REUTERS / Toby Melville
Brexit ‘Only Option’ to Stem Free Movement Across EU Borders - UKIP
The newspaper said that the shift toward "yes" vote in the 2017 referendum on Britain’s membership in the European Union was a reflection of the public’s anxiety about the uncontrolled inflow of refugees to Europe from the Middle East and North Africa.

Wealthy EU states, such as the United Kingdom, are the desired destination for hundreds of thousands of migrants. London has been eager to win back the power to curb migration influx amid fears that Islamist militants could sneak into the country among the stream of refugees.