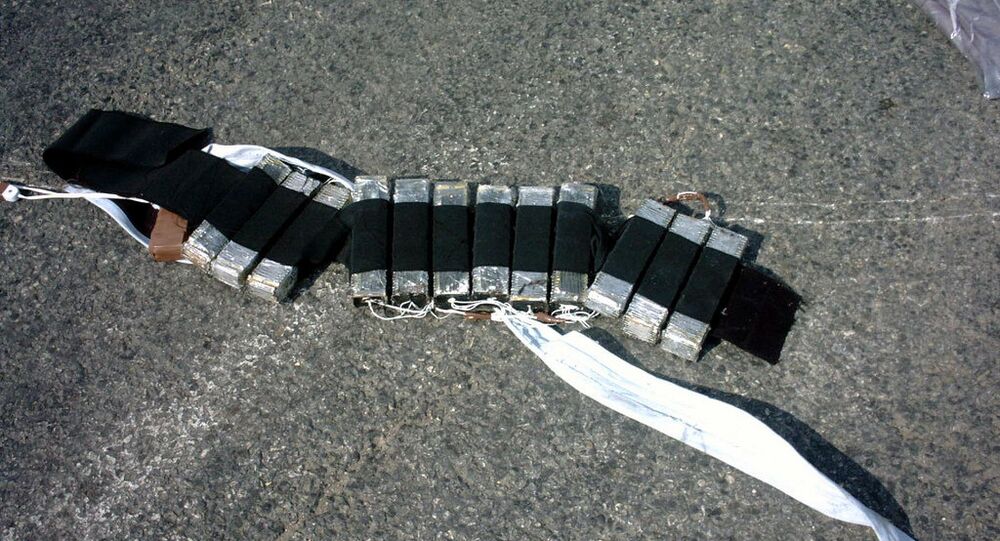 An explosive belt found Monday in a heap of rubble south of the French capital is similar to those used in the recent Paris attacks and contains the same type of explosive, a source close to the probe told French media.

MOSCOW (Sputnik) — The belt was discovered by a street cleaner in the southern Paris suburb of Montrouge, 3 miles away from inner city, France’s BFM TV channel said.

The preliminary analysis suggests that the suicide belt is without a detonator. It contains bolts and explosive called TATP, same as in seven explosive vests detonated during a string of attacks on November 13 in Paris that killed 130 people and wounded 368.

The belt was found in an area where the signal from a cellphone of one of the key suspects in the attack, Salah Abdeslam, was registered hours after extremists attacked.

The man reportedly had second thoughts about blowing up his suicide belt and fled Paris together with two accomplices. Abdeslam is still at large, while the two other men are in detention.