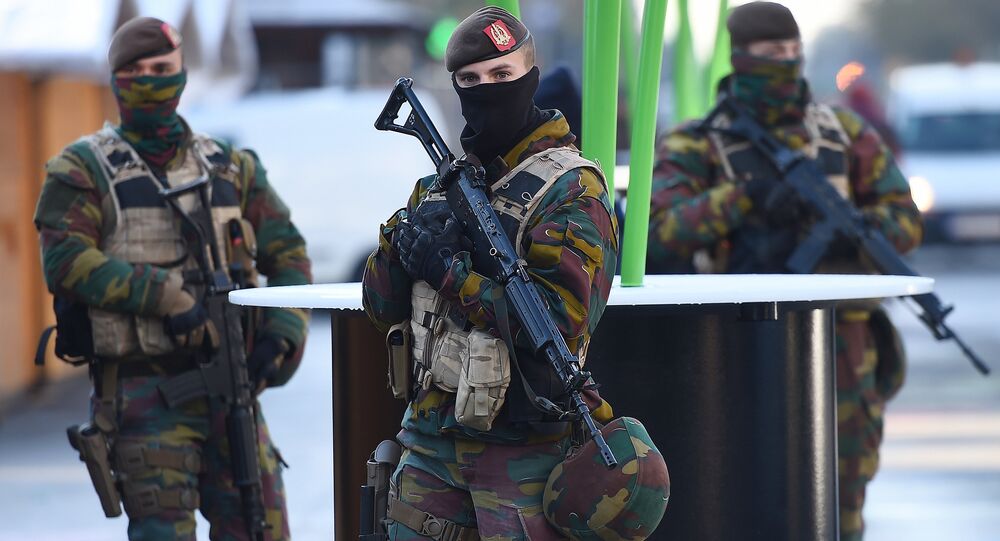 Belgian prosecutors on Monday said they have charged a man who took part in the deadly terror attacks in Paris.

The suspect, whose name has not been released, is currently in custody. Another 15 people who were arrested in an operation on Sunday night have been released after being questioned, the Federal Prosecutor's Office said in a statement obtained by Reuters.

Two of five people detained earlier on Monday were also released without being charged, it said.

Police carried out raids around the Belgian capital amid warnings of possible terrorist attacks similar to those that killed 130 people in Paris ten days ago.

But authorities found no firearms or explosives in the raids, suggesting that they had not defused the threat that has prompted the government to raise the terrorism alert to its highest level for Brussels.

The city is expected to remain on maximum security alert. But authorities plan to reopen schools and the Brussels metro on Wednesday with extra security measures in place.