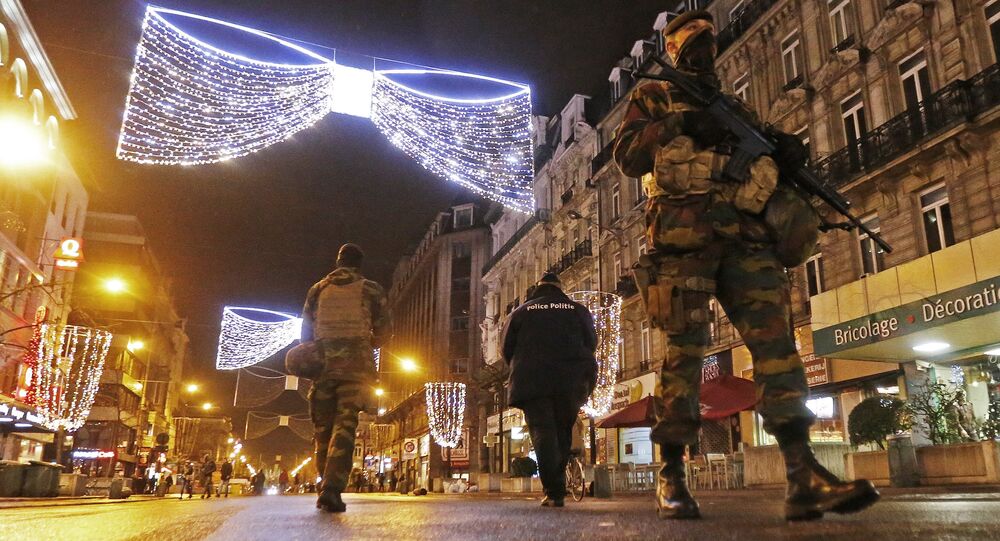 Five additional suspects were arrested during anti-terrorism raids in the Belgian cities of Brussels, Charleroi and Liegeto, according to local media.

MOSCOW (Sputnik) — Belgian police detained five additional suspects in a new series of anti-terrorism raids Monday, bringing the total number of people taken into custody since last night to 21, a spokesperson for the federal prosecutor’s office said as quoted by De Standaard newspaper.

© AP Photo / Virginia Mayo
Belgium May Take Part in Anti-ISIL Coalition Operation in Syria
On early Monday, 24 anti-terror raids took place in the Belgian cities of Brussels, Charleroi and Liegeto, aimed at detaining Salah Abdeslam, suspected of planning the November 13 series of assaults and suicide bombings in Paris that killed 130 and injured over 360.

During police checks, some $27,000 was confiscated, while no weapons or explosives were found, the Belgian authorities added as reported by the newspaper.

Despite an enormous manhunt by the Belgian police and army, Abdeslam remains at large.

On Saturday, the authorities raised the terror alert level in Brussels to level 4, the highest possible, in the wake of attacks in Paris earlier this month.