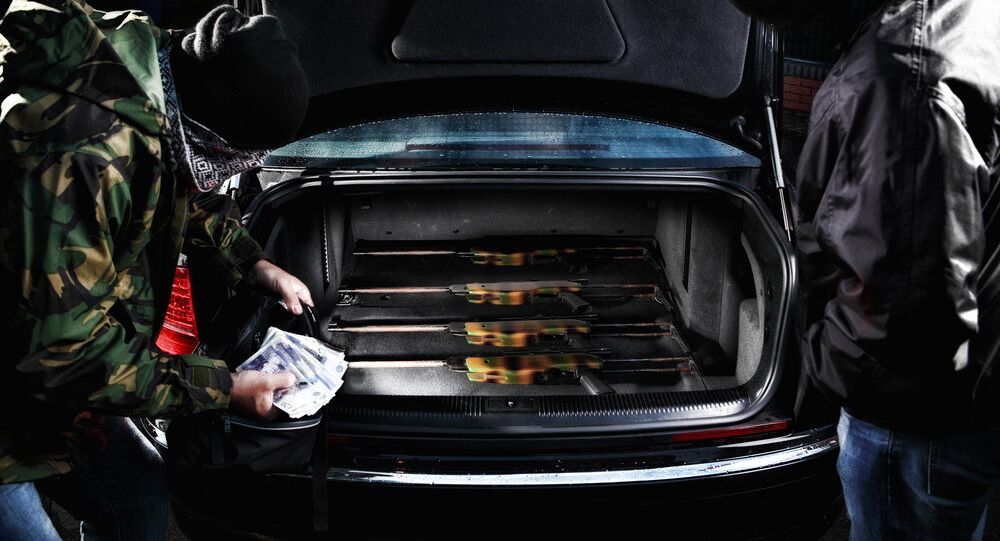 Europe is ramping up its efforts to make it harder for Kalashnikovs to fall into the hands of terrorists after being easily transported between the EU's open borders. "Organized criminals accessing and trading military grade firearms in Europe cannot and will not be tolerated," EC President Jean-Claude Juncker said.

"The recent terrorist attacks on Europe's people and values were coordinated across borders, showing that we must work together to resist these threats," Juncker added.

The trade in firearms between borders is known as the "ant trade". Firearms analyst An Vranckx told London's Daily Telegraph:

"We call it the 'Ant Trade' because in Europe, it tends to be lots of individual operators carrying one piece at a time, rather than big lorry loads. But, if that ant column is big enough, it all adds up."

Security experts believe that the "ant trade" continues with small numbers of guns trafficked from south Eastern Europe to Belgium. However, even though the quantity of guns may be small — the sizes and range of arsenal are not.

Violent gang warfare in Britain hit the headlines two years ago, when a Manchester gangster used a hand grenade procured from the Balkans to kill two female police officers.

Recently, police in the Netherlands also raised concerns that gangs operating in the country are increasingly using Kalashnikovs rather than handguns due to their availability in Belgium.

And during a routine vehicle inspection check by Munich police officers in Bavaria, the southeastern German state, a 51-year-old man from Montenegro was found with eight Kalashnikovs, two pistols, a revolver, two hand grenades and 200 grams of explosives.

The arsenal inside the car en route to Paris was discovered just eight days before the terror attacks in the French capital. The European Commission has since announced plans to accelerate efforts to prevent the gun trafficking trade by potential terrorists across Europe's borderless Schengen zone, by proposing amendments to the EU Firearms Directive.

© Flickr / thierry ehrmann
Oil, Drugs and Honey: Where Terrorists Get Their Money

It includes banning private purchases of semi-automatic firearms, even if they have been permanently deactivated; stopping the trade of guns and firearms parts on the internet; better sharing of intelligence between Member States and stricter conditions on people who collect guns, so they don't fall into the hands of criminals — or at worse, terrorists.

Nearly two million illegal weapons are thought to still be in the hands of private individuals in Serbia and Bosnia, and according to Nic Marsh, a firearms expert at Oslo's Peace Research Institute, 4,000 machine guns are thought to be circulating in the most deprived suburbs of France.

Following the attack in Paris which killed 129 people, the focus remains on Belgium and Brussels — which remains on the highest level of terror alert — its borders, and the threat of guns from the Balkans falling into the hands of terrorists.

Brussels Blasted for Bowing to Terrorists Amid French Defiance