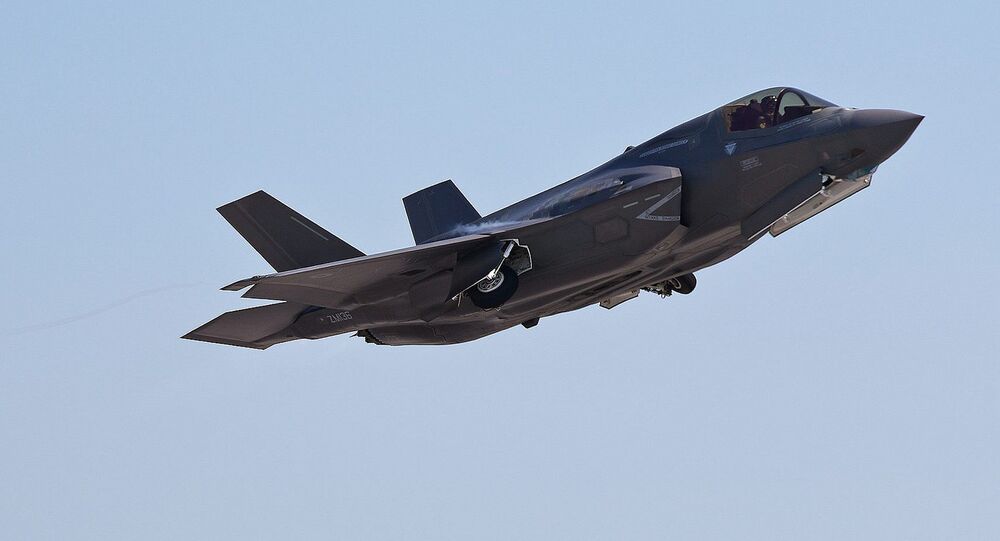 The British government is set to unveil plans to buy 138 of the stealth fighter jets for £12bln [$18 bln].

© Flickr / Gonzalo Alonso
US Air Force Struggling to Come Up With Cash For New F-35s
The UK government is planning to spend £12bln [$18 bln] on 138 F-35 fighter jets, as part of a new defense strategy it will announce on Monday.

Chancellor George Osborne told the BBC that as a result of the government's new Strategic Defense and Security Review, by 2023 the UK will have 24 F-35 Joint Strike Fighter aircraft, and two new aircraft carriers.

In the summer, the chancellor pledged to increase defense spending above inflation to meet the NATO target of 2 percent of GDP each year on defense, up to 2020.

© Flickr / Aleem Yousaf
Hard Times Ahead: UK's New Austerity Plan Will Slash Public Spending
"By 2023, we will be able to have these jets — some of the most powerful in the world — the F35, on the decks of these carriers and Britain, second only to the United States, will be able to project power abroad in order to defend ourselves at home," said Osborne.

The British press reported on Sunday that over a longer period of time, the UK's Royal Air Force will order 138 of the F-35 fighter jets.

The UK is also expected to purchase new reconnaissance planes, reversing an earlier decision in 2010 to scrap the latest generation of Nimrod maritime surveillance aircraft.

The announcement of the extra investment in the surveillance planes comes as the UK's armed forces are being assisted by French, Canadian and US patrol aircraft, on a fruitless search for a Russian submarine reportedly spotted in its waters ten days ago.