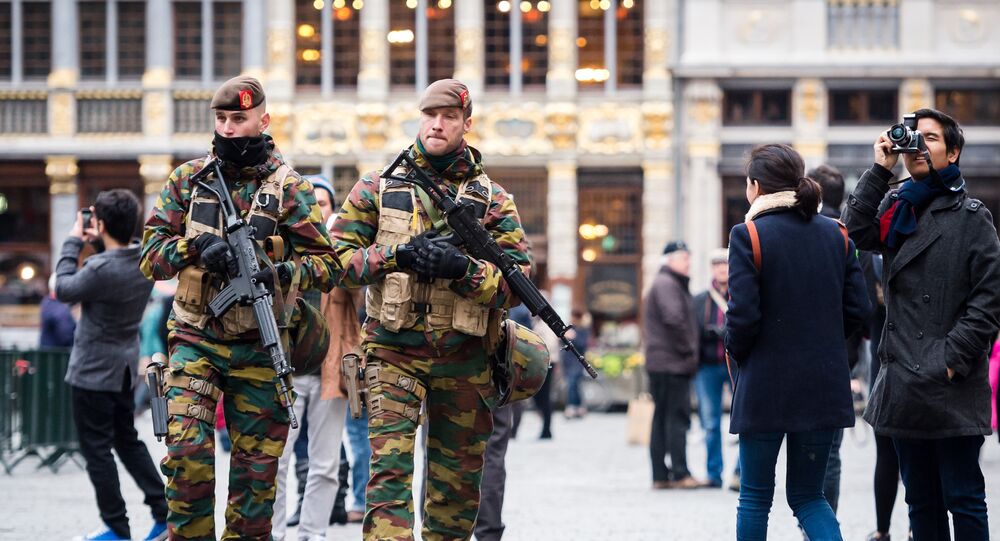 According to the mayor of Schaerbeek in Belgium, two terrorists are hiding in the Brussels region.

BRUSSELS (Sputnik) – Two extremists are hiding in the Brussels Capital-Region, the mayor of the local commune of Schaerbeek said Sunday.

"There are two terrorists in the Brussels region which could lead to very dangerous acts," Bernard Clerfayt told the RTBF broadcaster.

On Saturday, local media reported that the Belgian police were looking for at least two suspected extremists, one of whom could be carrying an explosive.

© REUTERS / Youssef Boudlal
Belgium Intends to Comb Brussels' Molenbeek District Amid Paris Attacks
At least 130 people were killed and over 350 injured in suicide bombings and shootings at a football stadium, a concert hall and restaurants in Paris on November 13.

Following the attacks, the Belgian police carried out a series of anti-terrorist operations detaining a number of people in Brussels, after it was revealed one of the attackers had lived there. At least 16 suspects have been arrested, according to media reports.

On Saturday, the authorities raised the terror alert level in Brussels to level 4, the highest possible.

US Embassy in Brussels Calls on Americans to Stay Indoors