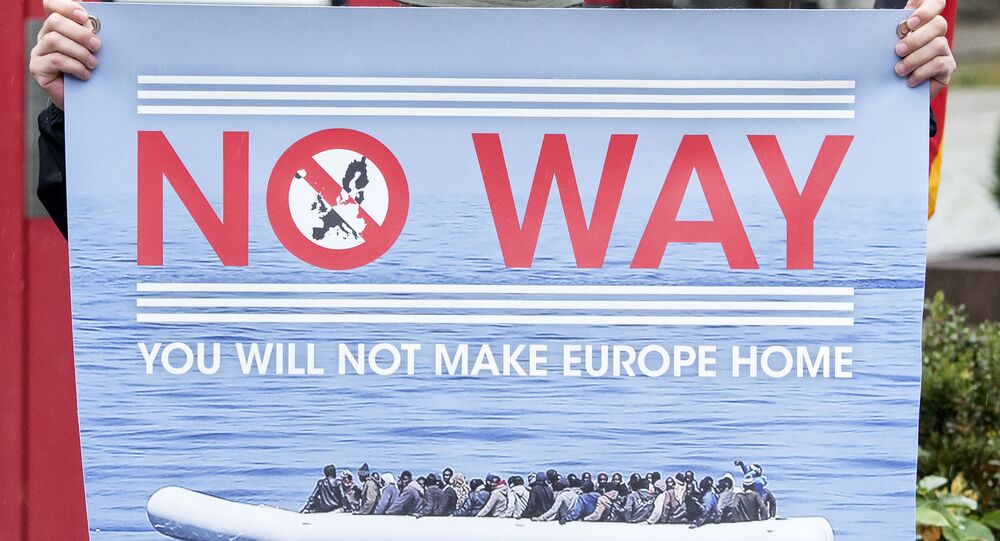 A Saturday peaceful rally against the far-right National Democratic Party (NPD) of Germany has grown violent, prompting police to detain over 120 people, with some officers and protesters sustaining injuries, according to media reports.

© Flickr / Matthew Paulson
Minnesota Police Committed Crime Using Chemicals on Protestors - Activist
MOSCOW (Sputnik) — The rally took place as the NPD held its conference in the northwestern city of Weinheim. The demonstrators threw stones at police, and at least two officers were injured, according to police sources quoted by the Spiegel Online.

Over 120 people have been detained by police as the protest grew violent, but about half of them were released later, according to the newspaper.

The police used pepper spray and rubber batons to disperse the rallying crowds, according to the police.

According to the activists' estimates, up to 1,635 people took part in the rally.

© AP Photo / Yorgos Karahalis
Greek Police Use Tear Gas Against Farmers Protesting in Athens
According to multiple social media reports, the police were "very aggressive," and prepared a bus and water cannon for the protesters.

The National Democratic Party was established in 1964, and currently includes up to 6,000 people. The Office for Protection of the Constitution defines it as the right-wing and extremist.

In 2001, the government tried to officially ban the party but failed to achieve the permanent ban. As the NDPs attacked a police chief in 2008, a controversy sparked in the German political circles, and some officials have been trying to initiate the ban again.

At Least 4 Die in Residential Building Explosion in Southern Germany