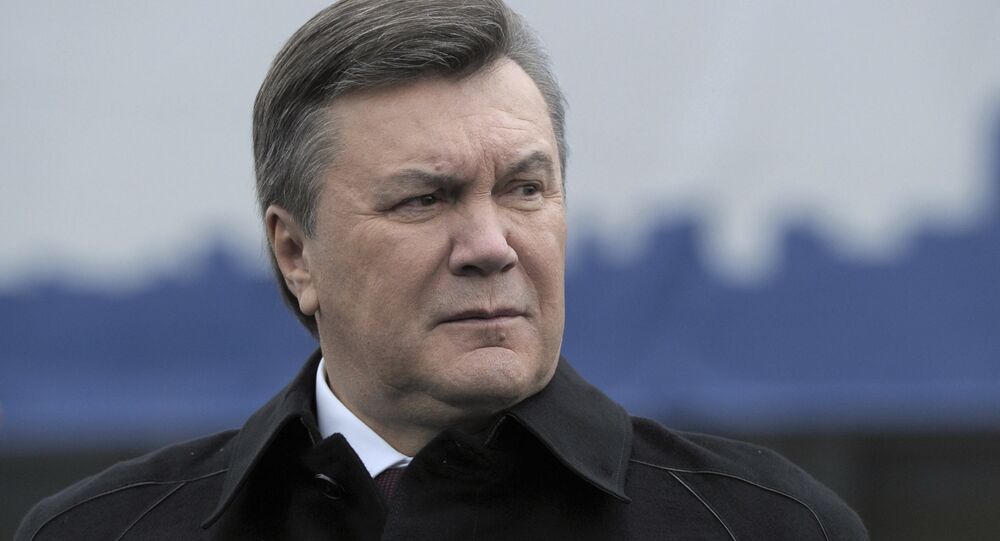 The inquest will take place until late December, according to the leader of Petro Poroshenko's party.

KIEV (Sputnik) — The trials in absentia of former Ukrainian President Viktor Yanukovych and his associates will begin next year, a Ukrainian parliamentarian said Saturday.

"The court gave the permission for convicting Yanukovych and his inner circle in absentia," the leader of the Petro Poroshenko Bloc "Solidarity" party, Yuriy Lutsenko, said, as quoted by the party.

© Sputnik / Maksim Blinov
While Ukraine's Economy Crashes, It's Sweet Business for Poroshenko
According to Lutsenko, the inquest will take place until late December.

Ukrainian President Petro Poroshenko added later Saturday that the procedure of in-absentia conviction would only be temporary.

Yanukovych served as Ukraine's president from 2010 until he was ousted by a military coup in 2014, almost a year before his presidential term was due to expire. The coup was preceded by months of large-scale protests in Kiev following Yanukovych's rejection of a plan to deepen the country’s ties with the European Union.

In the beginning of 2015, Interpol placed Yanukovych on its wanted list after Ukrainian authorities accused him of embezzling millions of dollars in public funds, but later removed him.