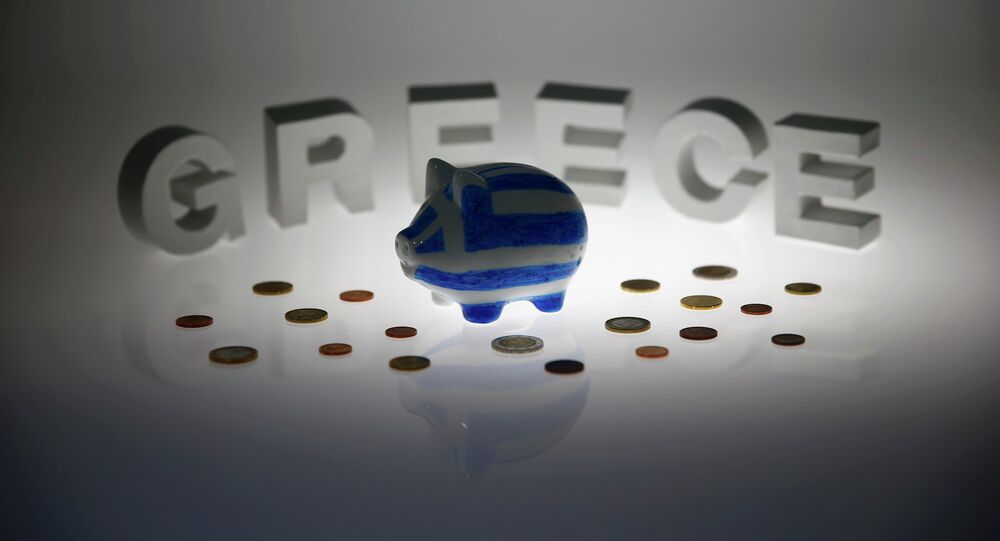 Greek Finance Minister Euclid Tsakalotos has presented the final draft 2016 budget to the country’s parliament, which will vote on it next month.

ATHENS (Sputnik) – According to a Friday statement from the finance ministry, the final economic forecasts are more optimistic and there will be no contraction in 2015.

The preliminary draft budget estimated a contraction of 2.3 percent in 2015.

"The Greek economy endured, disproving disaster scenarios," the Greek finance ministry said in its Friday statement, forecasting that the economy will contract by only 0.7 percent next year.

© AP Photo / Thanassis Stavrakis
Greece and Creditors Agree to Budget Targets Ahead of Bailout Deal
The Greek economy has been severely strained for several years, because of the country’s multibillion debt accumulated after the 2008 world economic crisis.

In July, Greece's international creditors signed an agreement with the country's government, approving a third bailout package for Athens worth €86 billion (about $95 billion) in exchange for highly unpopular austerity reforms such as pension cuts and tax hikes.