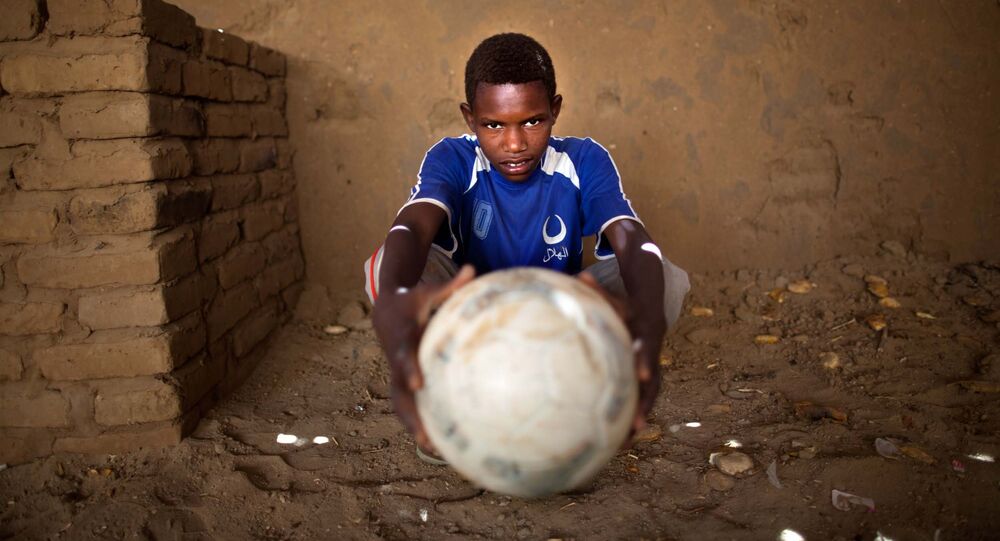 There are concerns for the welfare of the estimated 15,000 young boys trafficked from Africa on the promise of a career in football, after a former English Premier League player spoke of how he was tricked into traveling to the UK and forced into male prostitution.

Al Bangura, 27, who played for Watford, described how he left his home in Sierra Leone at the age of 14 after refusing to become the leader of a secret society previously headed by his late father.

Speaking to the BBC, he said:

"I said I didn't think this was something I wanted to get involved with. I want to play football and I'm going to school so I don't want to do that."

Bangura said that he then traveled to Guinea where he met a French man who promised to help him in his dream to become a professional footballer.

"I didn't know he had another different intention — to get me into the sex trade."

"Three men tried to rape me". The ex-Premier League player trafficked to the UK as a child https://t.co/AUJFiA2W02 https://t.co/iIDTuLYKHN

Respect, Al Bangura speaking on #radio4 about football being used as vehicle for people trafficking #watfordfc

'I Was Crying, I Was Shaking'

After initially traveling to France, the pair ended up in the UK, where Bangura says the Frenchman left the then 15-year-old alone in a building.

"All of a sudden I saw two or three guys come around me, trying to rape me and make me do stuff.

"Because I was young and I was small, I just started screaming. They probably thought I knew what I was there for — obviously I know what I came over here for, I was here to play football.

"I was just crying and proper screaming and I tried to make my way out — I was cold, I was crying, I was shaking, I didn't know what to do, I was all over the place. I made my way outside. I didn't know where to start, I thought it was the end of my life."

Bangura managed to escape and seek asylum in the UK, and was later signed by professional football club Watford, where he made 62 appearances for the club between 2005 and 2009.

His case has highlighted concerns of widespread child trafficking from, with NGO Foot Solidaire estimating that 15,000 teenage footballers are tricked into leaving their West African countries each year, with many forced into prostitution and modern slavery.

UK National Crime Agency statistics show that 2,340 potential victims of trafficking came to Britain in 2014, however many, including independent Anti-Slavery Commissioner Kevin Hyland, believe the real number is much higher.

Bangura, who is now working with charities to raise awareness of the issue, says it's easy to see how many young, ambitious teenagers can be tricked into such scams.

"It's quite emotional to talk about it now, I'm happy I've got over it, but it's sad for me," he said.

"I think there's loads of vulnerable kids in Africa who want to achieve what I've achieved in my life. There's loads of kids who might not even tell their parents, or their parents might use their last money to make sure they come over here to play football and they end up doing something else.

"It's important for me, having been through what I've been through in my life, for me to say I've been through that, I've survived, but what about the young kids coming up, will they survive, are they going to be able to cope with that, so we really need to find a way to stop all of that."