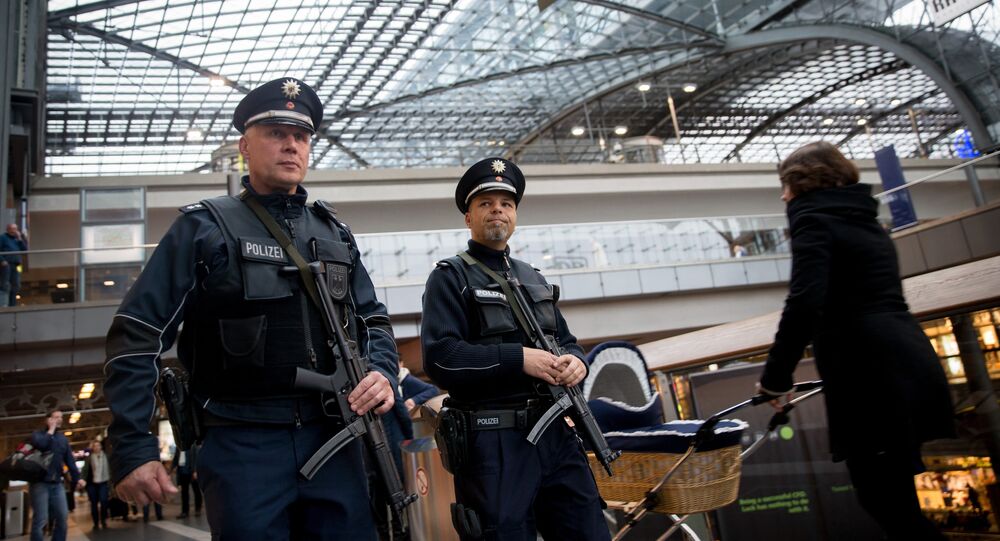 The political fallout of the Paris terror attacks is continuing after a German MEP in Angela Merkel's conservative alliance accused political left of "basically inviting terrorists" to attack Europe.

Monika Hohlmeier, an MEP in the German CSU/CDU alliance, launched a verbal attack on a wide range political parties, ranging from centre-left liberals, to social democrats and green groups, accusing them of not taking security threats seriously, while calling for greater spying powers for European governments in the wake of the Paris attacks.

Pls, someone in the @EPP do something about @MonikaHohlmeier's words about other parties "inviting terrorists" https://t.co/XFBeB79IdF

"It seems that for the Socialists, the Liberals, the Greens and the Communists, it is business as usual. For them there's no lesson to be drawn from the Paris attacks," she said.

"These left-wing groups are basically inviting terrorists to use loopholes in our safety and security legislation in order to perpetrate other terror attacks. It is imperative that appropriate steps are taken swiftly and weaknesses in our security legislation identified. The movements of terrorists have to be monitored, their financial sources have to be drained and their encrypted communications must be accessed.

"In order to do that, it is imperative that we change legislation," she said, arguing that terrorists would "gleefully" vote for left-wing parties across the continent.

EU ministers are meeting discuss what action to take in response to the recent attacks, with calls for greater control on borders and an increase in surveillance on the general population.

While socially liberal and left-wing parties have been criticized for their approach to security, many others have taken aim at the political right, accusing them of taking advantage of the Paris attacks to increase public surveillance and exacerbating social divides.

Opponents have criticized attempts to increase the powers of security agencies, arguing that it the recent tragedy in Paris is being used by conservative governments and groups trying to boost spying and surveillance powers.

An example of this is in the UK, where the government has been trying to win support for its controversial Investigatory Powers Bill.

East Germany's regime (Google it, kids) was an incredible surveillance state. Didn't do it the slightest good when all was said and done.

Officials say it will help authorities track down and trace potential terrorists and criminal organizations, with critics arguing that will not be effective in tracing crime and will simply erode the civil liberties of citizens.

Attention has also been paid to far-right parties, with many critics accusing certain groups of whipping up anti-Islamic and anti-refugee sentiment, which experts argue could ironically boost support for terrorist groups.

"Anti-Muslim and anti-refugee sentiment really play into ISIS' hands," Shadi Hamid, senior fellow at the Brookings Institution and an author on Islamist politics, told The WorldPost.

"The more that happens, the more French Muslims feel alienated and are susceptible to extremist recruitment," he said

"France has long had a problem with integrating its Muslim population, and France does have a disproportionately high contribution of foreign fighters to ISIS.

"So there's a deeper issue here and it hasn't gotten better, it's only gotten worse."