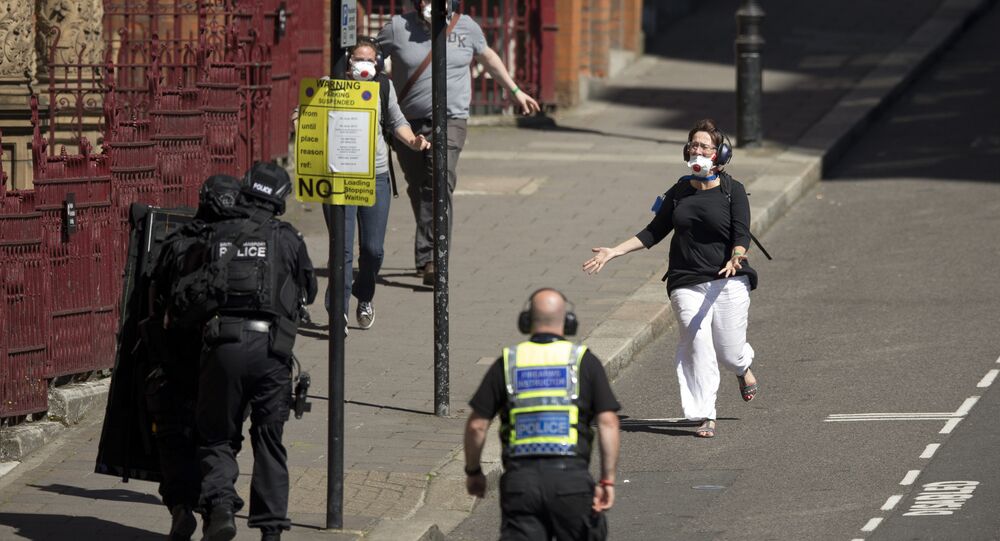 In the wake of the terror attacks in Paris, the British government has issued new guidelines on what to do in the event of a "fast moving incident such as firearms or weapons attack". The National Counter Terrorism Security Office (NACTSO) is urging people to run away and hide rather than play dead.

Almost exactly a year ago, London's Metropolitan Police issued counter terror leaflets for commuters in London on what to do in the event of a gun attack. The flyers handed out in busy railway stations instructed people to leave the area safely or take cover and hide.

But it's not just commuters the revised advice is intended for. Gig venues are being told to hold "dynamic lockdown" drills with potential gig-goers also told to run and hide.

Those who survived the shooting at the Bataclan gig venue in Paris said they dropped to the floor and remained still. But the new guidance from NACTSO is instructing people to "escape if you can", "insist others leave with you", "leave belongings behind" and find cover from gunfire behind "substantial brickwork or heavy reinforced walls".

© Flickr / Céline
'We Will Not Surrender': Paris' Bataclan to Reopen Despite Bloodbath Attack

The massacre inside a music hall in Paris means that gig venues and businesses are now being told to use their internal PA system to communicate to workers that there is a terrorist attack — and hold regular "dynamic lockdown".

"Dynamic lockdown is the ability to quickly restrict access and egress to a site or building (or part of) through physical measures in response to a threat, either external or internal", according to NACTSO.

The current terror threat in the UK is classed as 'severe' meaning a terrorist attack is highly likely.