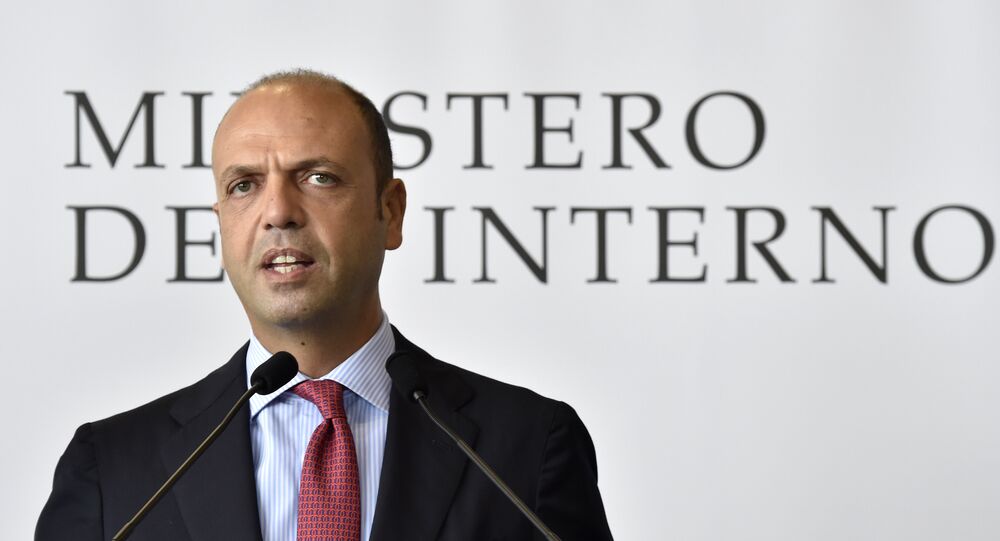 In dramatic scenes, military police made the arrests in a dawn raid in Corleone, a small hill town in Sicily that has been synonymous with the Mafia for decades.

So much so that the town's reputation has transcended onto the silver screen. It's the birthplace of several fictional characters in The Godfather, most notably Vito (Andolini) Corleone.

Police say that the six suspects in custody were intent on adding to the town's violent history.

Mafia threat against Italy's interior minister Alfano, talk of killing him like Kennedy https://t.co/mO5ohjF4lc via @Reuters

They claim intelligence gleaned by wiretapping the phones of mafia members, revealed that there were plans to kill Mr Alfano, one of Italy's highest ranking cabinet officials, and a Sicily-born minister, during an electoral rally in Sicily.

A source told Reuters that one Cosa Nostra ('Our Thing') gang member was recorded being very explicit.

Mr Alfano has been calling for jail sentences for people convicted of mafia association to be toughened.

Mafia Family back in Sicily pic.twitter.com/6H8dmuyBYK

One convict imprisoned in these conditions is the very colorful and ruthless Mafia king Salvatore "Toto" Riina. All six suspects are linked to Mr Riina, nicknamed "The Beast" for his ruthlessness and brutality.

Former Boss of Cosa Nostra, Toto #Riina, has launched an appeal to be released from prison. "To fight ISIS"…! pic.twitter.com/vvUL2slyw5

Once the "capo di tutti capi" (boss of bosses) of the powerful Corleonesi faction of the Mafia, Riina is serving multiple life-sentences after being convicted of several murders, including the assassination of rival gangsters.

"We are all with Alfano against all mafia."