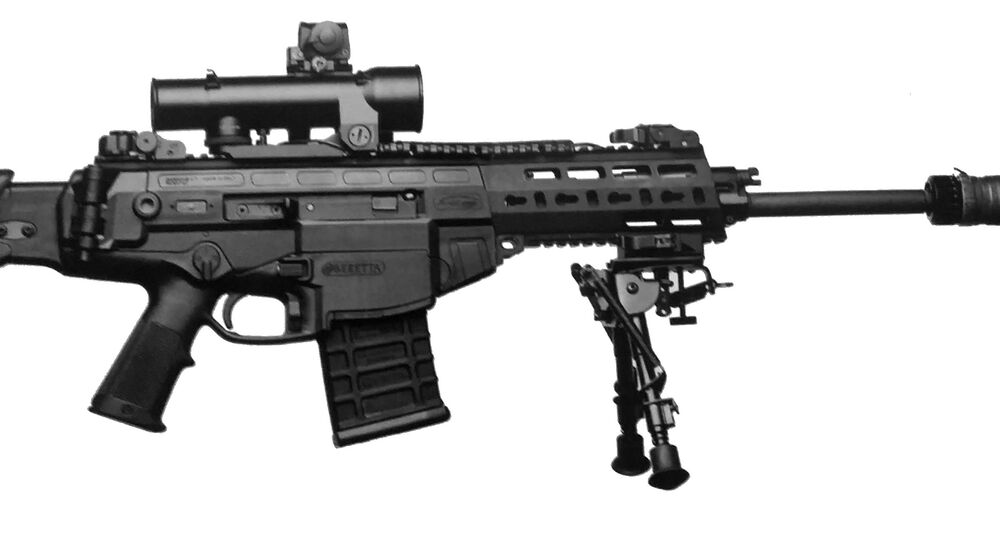 The event kicked off Tuesday, just days after the terror attacks that killed 129 people and injured hundreds more in France's capital city.

Milipol brings together homeland security officials and top security firms from around the world to walk showroom floors and view the latest weapons, equipment, vehicles and more.

The ARX 200 was developed to meet the requirements of the Italian Army, which currently uses the ARX-160 rifle. The new rifle has similar look to the ARX-160 and is designed to be familiar to a user of either.

The ARX-200 weighs just shy of 10 pounds without a magazine. It achieved an accuracy pretty much in line with designated marksman rifles. The rifle is also compatible with Beretta's grenade launcher.

Milipol is a biennial event sponsored by the French Ministry of Interior and conducted in partnership with the French National Police and Gendarmerie, Civil Defense, French Customs and other key partners like INTERPOL.

Over 900 companies from 49 countries brought their equipment to the last Milipol in 2013.

Anti-terrorism has always been a key focus of the event, which brings together leading security minds to share lessons learned and find solutions to current threats.

Access to Milipol is always restricted, and the event is limited to qualified security professionals and military or government representatives that have been vetted and approved in advance.  After Friday's attacks, Milipol announced that the event would proceed with enhanced security measures.

On Wednesday, briefings focused on assessing the global terrorism threat. In addition to recent events, experts will discuss security measures at next year's European soccer championships in France.