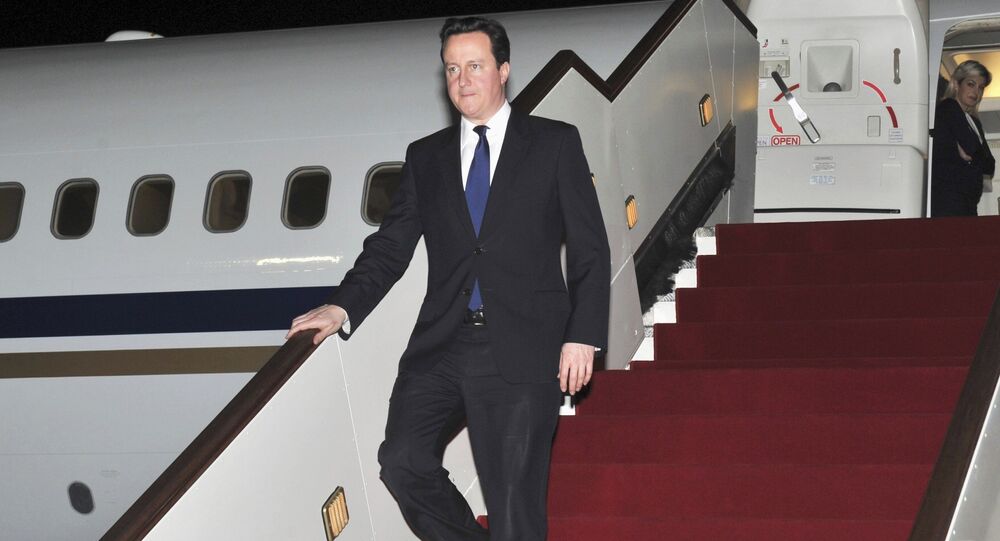 David Cameron will be given his own version of the US President's Air Force One. This is despite the government's commitments to cutting billions of pounds of public spending.

A Royal Air Force Voyager A330 is to be re-fitted at the taxpayers' expense, in order to provide private transportation for Mr Cameron, senior ministers, and possibly members of the royal family.

So what will it be like aboard the multi-million pound jet?

It's not yet clear whether the designs will push for simple practicality, or whether the government intends for the jet to also signal power and prestige for the prime minister's multiple global trips.

@Number10gov Is to give David Cameron his own airplane as he wishes to become a world statesman, while in the UK doctors vote to strike..

The government claims that this will save the public over one million US dollars (£775,000) a year by replacing the charter flights that are currently used for long-distance trips abroad.

"As part of the Government's defense review, we have been looking at ways to make better use of the RAF fleet to transport senior ministers and consequently deliver savings for taxpayers."

But the announcement is already being mocked on social media, with many drawing comparisons with Tony Blair's attempts to get a prime ministerial jet, nicknamed 'Blair Force One', which was ultimately blocked by his Chancellor, Gordon Brown.

So Tony couldn't get himself his BlairForceOne. But Downing St confirms that Cameron will announce his #Camcorde in Monday's Defence Review

It is hoped that it will also reduce the huge expense of having to pay to hire an aircraft at short notice. In one recent example, it cost the government US$152,592 (£100,000) to take Mr Cameron and members of the Royal Family to the funeral of King Abdullah of Saudi Arabia.

And in comparison to the cost of $US660 million, which is what President Obama's two Air Force One jets are reportedly worth, it may seem like a bargain.

However, the news is unlikely to be palatable for the millions of British people affected by the Conservative government's relentless austerity reforms.

And there is clearly deep resentment against the austerity measures the government are trying to enact.

The mood was reflected by the House of Lord's decision in October, to delay the proposed US$6.7 billion (£4.4bn) in cuts to working families' tax credits.

Before the vote, figures showed that working mothers would have been hit hardest by Osborne's welfare plans.

© AP Photo / Kirsty Wigglesworth
Amid Budget Cuts US Army Forced to Borrow British Helicopters
However, the government insists that they have a mandate for cuts after winning the general election in May.

They say this new announcement of first class travel for the prime minister is not about style, but about savings. The Labour party have countered that the size of any savings would not be known until Mr Cameron started using the plane.

In the meantime, most government departments are facing budget cuts of at least 25% over the next four years.