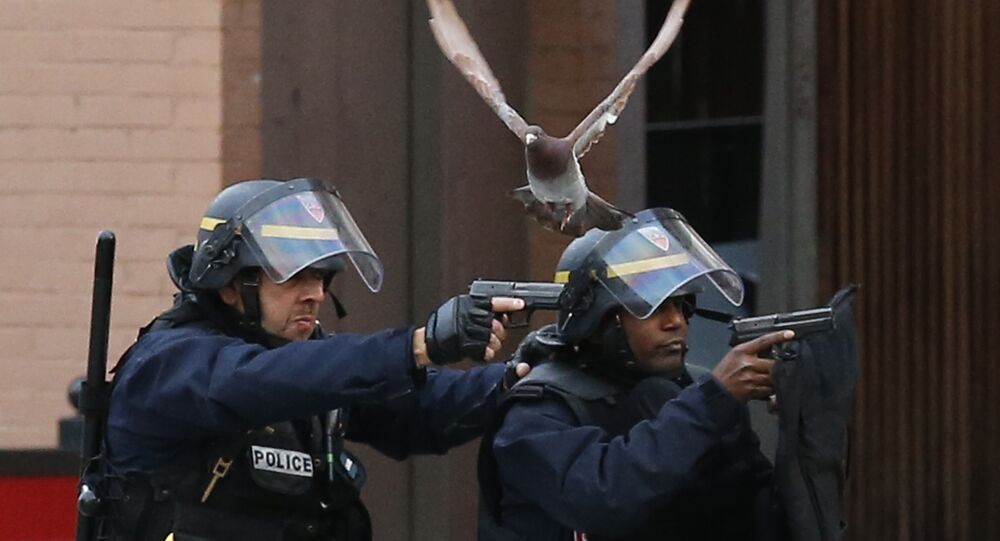 An unknown person barricaded inside a post office in a northern Paris suburb Wednesday, following a police anti-terrorist operation in the area, local media reported.

According to Le Parisien, the events are unfolding in the Pierrefitte-sur-Seine commune in the Seine-Saint-Denis department. Over hundred police officers and a helicopter arrived at the scene.

It was not confirmed by the media whether the person was armed or took any hostages. It is also unknown whether the event is connected to the operation carried out in the same department earlier in the day.

The large-scale police special operation targeting the mastermind behind last week's deadly Paris attacks concluded early Wednesday in the town of St. Denis in Seine-Saint-Denis department. Seven people were arrested in the raid.

On November 13, two suicide bombers killed themselves and a bystander near a football stadium in Seine-Saint-Denis. The attacks were followed by a series of mass shootings and suicide bombings at a concert hall and restaurants, killing 129 and injuring over 350.