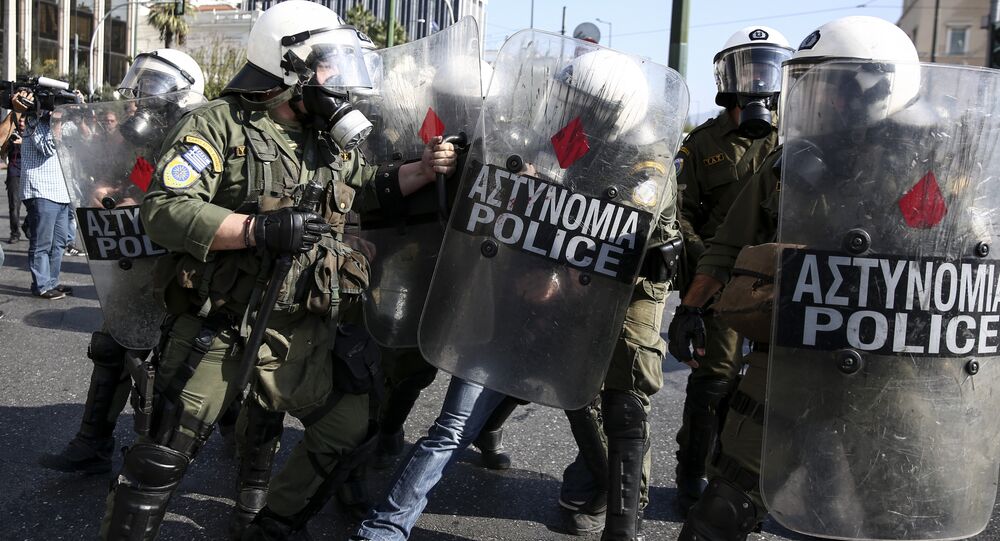 Greek Police Use Tear Gas Against Farmers Protesting in Athens

Greek police used tear gas to disperse farmers that gathered in front of the parliament in Athens on Wednesday to express protest against upcoming legislation changes, including strong rises in taxes and pension funds' reform, Greek media reported.

MOSCOW (Sputnik) — Over 4,000 protesters from all over the country took part in Wednesday's rally, according to Ekathimerini newspaper.

© REUTERS / Michalis Karagiannis
Thousands of Greeks Protest Against Austerity Policies
The police used tear gas against some farmers who clashed with officers, the publication said, adding that no arrests or injures had been immediately reported.

The Greek economy has been badly strained for several years amid a multibillion debt accumulated by previous governments.

In August, the international creditors of Greece, including the International Monetary Fund, the European Central Bank and some EU member states, approved the third package of financial aid of Greece of 86 billion euros ($94.8 billion) in exchange for introduction of additional reforms and austerity measures, such as reduction of pensions and increase of taxes.