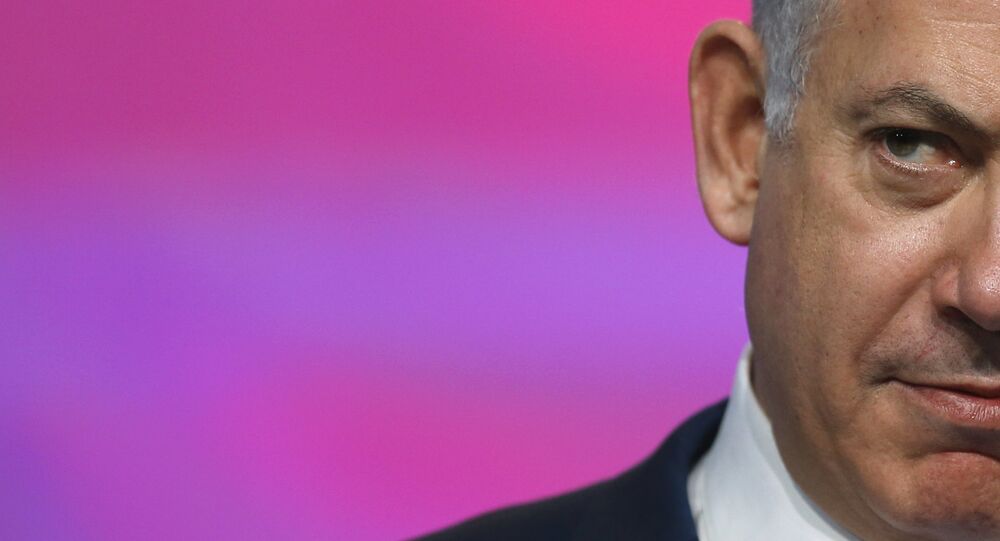 Israeli PM Benjamin Netanyahu and six other former and current ministers could be arrested if they set foot in Spain, after a Spanish court effectively ordered an arrest warrant over their actions regarding the infamous 2010 Gaza Flotilla attacks.

Spanish national court judge Jose de la Mata ordered the police and the civil guard to inform him if Netanyahu or the six other officials entered the country, as it could see the reopening of a case against them.

Netanyahu, Barak, Liberman, Marom and Ya’alon will be arrested if they set foot in Spain! pic.twitter.com/E5ZHciOcOe

ICC decision on the Gaza-flotilla raid is just the start of Israel’s troubles http://t.co/1hc0LJFFuQ pic.twitter.com/e5TDs0uW0Q

The case, put on hold by the Spanish judge last year, was initiated against the Israeli officials following an Israel Defense Forces (IDF) attack on the so-called Freedom Flotilla aid convoy in 2010.

It specifically relates to the main civilian vessel, the Mavi Marmara, which was part of a six-ship fleet trying to break through the Israeli blockade of Gaza to deliver humanitarian aid and constructions materials.

As the ship approached the Gaza coast, an IDF team stormed the vessel in a raid that eventually left 10 activists dead.

Many within the international community have accused Israel of being in breach of international law over the IDF’s actions during the incident, with the recent Spanish court decision meaning that Netanyahu, along with six other Israeli officials, could face charges if the case is reopened.

In #Barcelona people starts to concentrate in support of #FreedomFlotilla and asking for freedom of sailors pic.twitter.com/di6eC2PAkc

However Israeli foreign ministry spokesperson Emmanuel Nachshon told the Jerusalem Post that diplomatic efforts were being made to quash the court’s decision.

"We consider it to be a provocation. We are working with the Spanish authorities to get it cancelled. We hope it will be over soon."