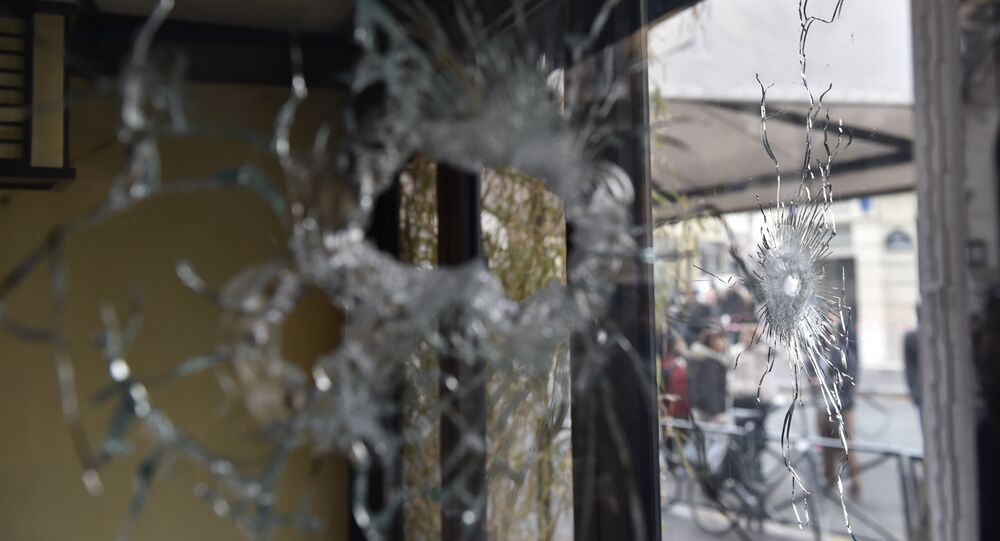 One person was injured in shooting in Rue Saint-Martin in the second district of Paris, according to a RIA Novosti correspondent.

Police are at the scene in Rue Saint-Martin. The correspondent reports that nearby shops and restaurants have closed their windows at the sound of gunfire. People were seen seeking cover inside buildings.

A woman allegedly received a gunshot wound in the stomach in Paris.

The woman could be seen lying on the road between the second and third districts in the French capital.

Heavily armed police units are at the scene of the suspected shooting. They are moving people to safety for fear of renewed violence.

At the same time, hundreds of people who had gathered at Place de la Republique in central Paris to commemorate the victims of the November 13 terror attacks abruptly fled the scene in panic.

Channel 4 video of people fleeing site in Central #Paris. Shows the fear in the city at the moment. All clear given: pic.twitter.com/7Z7DiyTsGV

Later reports stated that this was caused by a false alarm. The panic was due to fire crackers being set off.

A total of 129 people were killed and around 350 were injured in gun and bomb attacks around Paris on Friday night, prompting the government to announce a state of emergency and raise the terror threat level.

Meanwhile a manhunt is underway all over Europe. Police are searching for a person involved in Friday terrorist attacks.