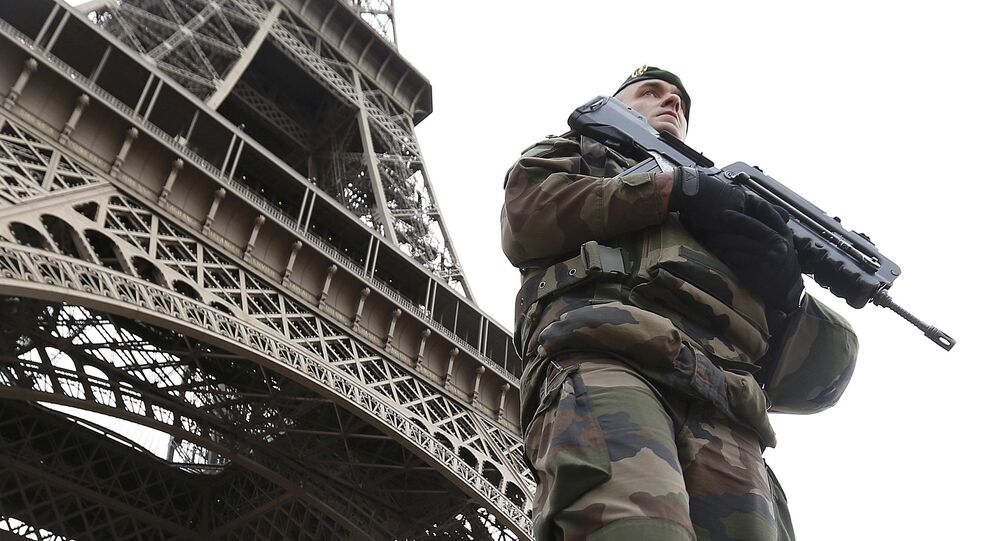 Next Terrorist Plot in France Hard to Detect - Ex-CIA Officer

"Short of turning a country into a police state, there is no foolproof way of preventing an operation by a determined group of terrorists," Pillar said on Saturday.

Following the attacks, French President Francois Hollande declared a state of emergency, also ordering the mobilization of extra servicemen to ensure security and safety in the country.

"The immediate measures taken by France are what one would expect from a country that has just been hit by an attack of this nature," Pillar argued.

"But the big attack that evidently was in the works has now already occurred, and so the effect of these measures is likely to be minimal," Pillar said.

The analyst added that even if a state of emergency was sustained, "the difficulty of detecting the next terrorist plot will still be considerable."

Pillar said that the attack was "very likely" retaliation for the French participation in military operations against the Islamic State (ISIL, or ISIS) militant group in Syria.

"Although some in France will be saying that French forces ought to reduce rather than increase their involvement in that war in order to reduce the motivation for further retaliation, probably the main response of both France and its allies will be to escalate rather than de-escalate their military efforts against ISIS," Pillar said.

France is part of a US-led international coalition bombing Islamic State positions in Iraq and Syria.

Pillar served as an executive assistant to the CIA’s Deputy Director for Intelligence and Executive Assistant to Director of Central Intelligence William Webster. Pillar also headed the Assessments and Information Group of the DCI Counterterrorist Center, and from 1997 to 1999 was deputy chief of the center.