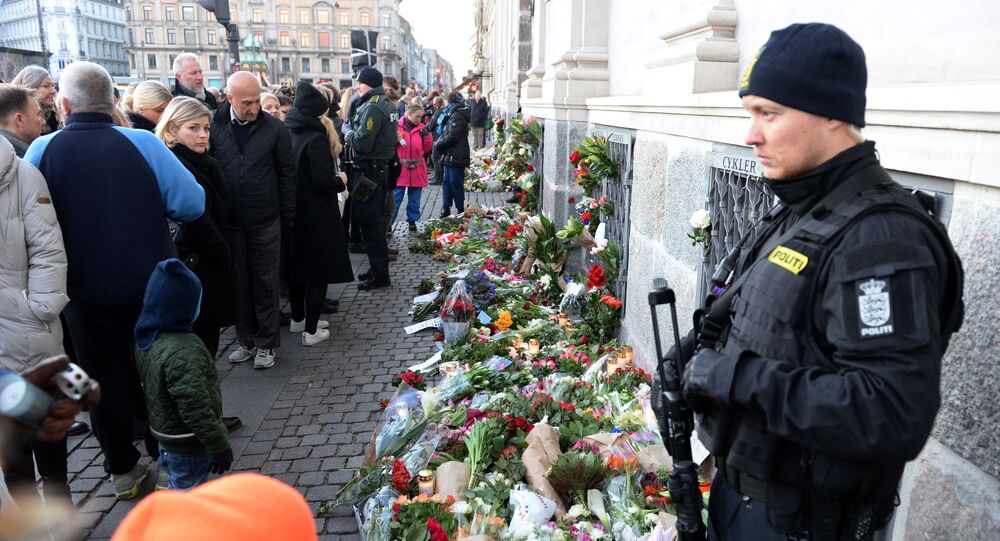 The terror threat in Denmark is still significant, it is the second highest level, according to a spokesperson for Denmark's Security and Intelligence Service (PET).

MOSCOW (Sputnik), Anastasia Levchenko — Denmark will not review its terror threat level after a series of deadly attacks in Paris, a spokesperson for Denmark's Security and Intelligence Service (PET) told Sputnik on Saturday.

© AP Photo / Kerstin Joensson
Austria Offers France Police Help After Paris Attacks – Interior Ministry
"The terror threat in Denmark is still significant, it is the second highest level. It is from March, from the assessment of the terror threat, but is still relevant," the security official replied to Sputnik’s question whether the government was going to tighten security.

UK Prime Minister David Cameron said the threat assessment for his country was already at "severe," which means a terror attack is highly likely.