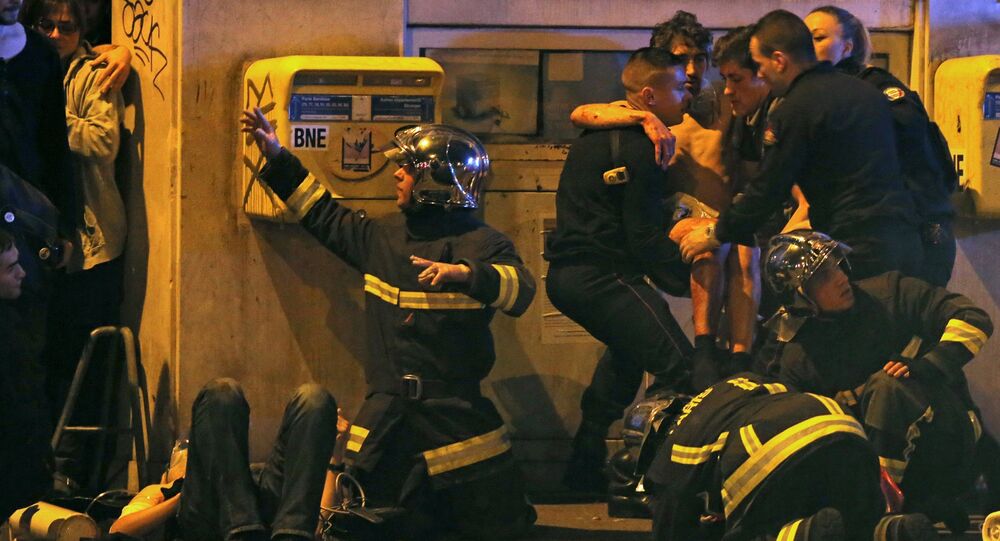 Syrian Passport Found Near Body of One of Paris Suicide Bombers

A Syrian and an Egyptian passports have been found at the site of the suicide bombing at the Stade de France stadium in Paris.

The documents are currently being checked by the authorities. It has also been reported that a set of fingerprints belonging to a French citizen, linked to militant Islamists, who had allegedly taken part in the terrorist attack were found at the scene.

Two of seven terrorists responsible for Friday's deadly attacks in Paris have been identified, police said. One of them was found to be a Syrian, another one a French national.

Earlier, a Syrian passport was found on the body of one of the Paris suicide bombers, police said Saturday.

The series of attacks which claimed the lives of at least 127 on Friday became the worst terrorist incident in French history. Following the attacks, 300 people were hospitalized, 80 of which are in a critical condition.

'We Mourn With You, We Pray for You' – Russians React to Paris Attacks