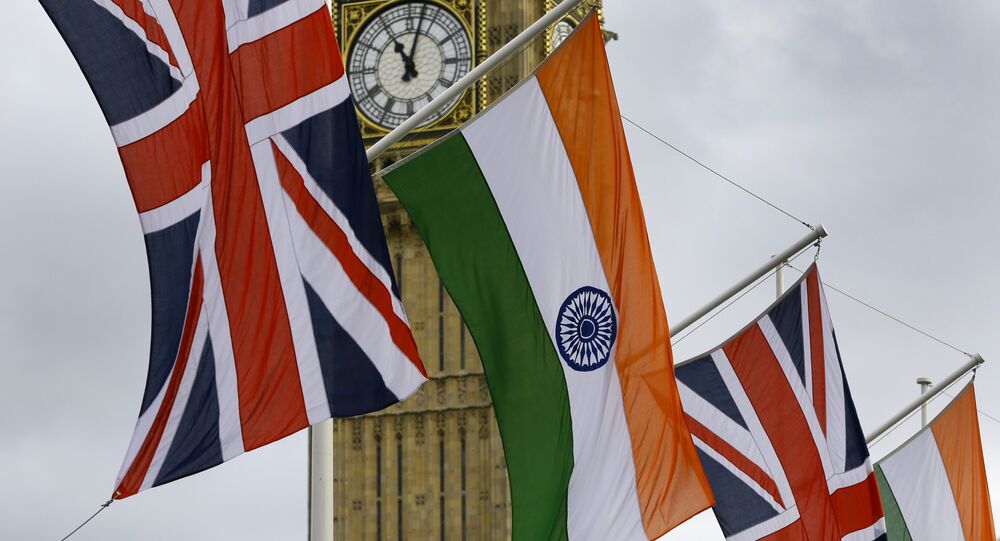 British Prime Minister David Cameron is treating India's Prime Minister Narendra Modi to every possible diplomatic courtesy possible on his three day visit to the UK, despite Modi having been banned from the country for a decade.

Modi is set to enjoy a flypast from the UK's elite Red Arrows aerobatic team, a visit to Queen Elizabeth II, a trip to Cameron's country pile, Chequers, and will attend a huge Diwali festival in the famous Wembley Stadium.

Cameron's cosying up to Modi is an about-turn for Britain. As chief minister of Gujarat in 2002, the Indian PM was heavily criticized for his handling of the intercommunal riots that left over 1,000 dead and 2,500 injured — mostly Muslims and Hindus.

He was later cleared of initiating and condoning the violence, but anger has persisted over what part he played as well as the role of the police and government officials at the time, who allegedly directed the rioters and gave lists of Muslim-owned properties to them.

Reached London. India-UK ties will receive a great impetus. Will attend a wide range of programmes in UK. pic.twitter.com/qWIb3jNFBC

As a result of the Gujarat riots, Modi was banned from travel to the UK — as well as the US and the EU.

However, after securing a fourth term as chief minister in Gujarat — and two years of the 2014 general election campaign, in which he was becoming a prominent player — the UK lifted its ban.

But Modi's visit to Britain has brought further criticism over his policies at home — including free speech and violence against opposition parties. Two hundred writers — including Salman Rushdie, Alan Ayckbourn and Ian McEwan — Thursday published an open letter to Cameron calling on him to tackle Modi over the "rising climate of fear, growing intolerance and violence towards critical voices who challenge orthodoxy or fundamentalism in India."

However, Cameron is unlikely to rock the boat as he showers every possible diplomatic gift he can on Modi in an effort to boost trade with one of Britain's oldest colonial partners and one which is currently the fastest-growing economy in the world.

Happy #Diwali to everyone celebrating the festival of lights in Britain and around the world.

The British Prime Minister will be keen to play up the historic ties between the UK and India, which date back to the British Raj in the late 19th century and which ran until partition between Pakistan and India in 1947. British Indians are also the largest minority group in the UK, with 1.4 million, accounting for 2.5 percent of the population.

Ahead of Modi's visit, the Indian High Commissioner, Ranjan Mathai, told the BBC: "I think both Britain and India could do more to expand the trading opportunities. If you look at the level of trade, and the level of investment, you see a major contrast.

"We [India] are today the third largest investor in the UK, and the UK is the largest G20 investor in India, so investments have done well. When you talk of trade, we are still stuck at the level of around US$18 billion (£11.8bn), which is less than 2% for both of us of our global trade. So, obviously there is much more that can be done."

His view were echoed by Simon Moore, international director at the Confederation of British Industry (CBI), who said:

"The Indian prime minister's business-friendly approach has won many plaudits among industry leaders here, and we look forward to building on our already solid historic trade links to create prosperity in both countries."