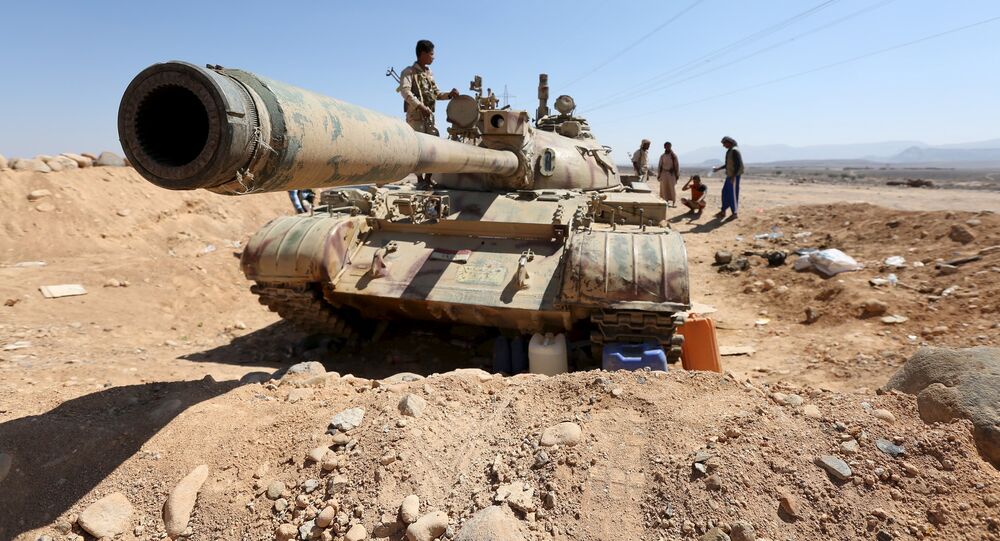 UK Foreign secretary Philip Hammond has been criticized for suggesting that Britain should sell more weapons to Saudi Arabia, despite Riyadh's military offensive in Yemen, which has led to allegations of Saudi war crimes.

When questioned on the matter of UK arms sales to Saudi Arabia, Hammond said he was aware of alleged Saudi war crimes committed during its aerial bombardment of Yemen, including claims from the International Red Cross Committee that "health facilities are deliberately attacked and surgical and medical supplies are also being blocked from reaching hospitals in areas under siege".

There is growing concern over the humanitarian impacts of the Saudi-led coalition's bombing campaign in Yemen, with more than 2,200 civilian deaths in the country since March.

The high-profile incidents included the bombing of a M​​edecins Sans Fronti​​eres​ medical facility in the country's Saada district, which the charity has blamed on Saudi forces.

Aid agencies have also slammed Riyadh's blockade of Yemeni ports, designed to stem the flow of weapons to the Houthi rebels, saying that the blockade has left 20 million people — 80 percent of the population — in urgent need of basic supplies like food, water and medical aid.

Despite the concern over the impacts of arms sales to Saudi Arabia and their humanitarian impact, Hammond told the BBC that arms sales helped to create "British jobs".

"We'd always like to do more business, more British exports, more British jobs and in this case very high end engineering jobs protected and created by our diplomacy abroad."

"I know that some of them are being used in Yemen, that doesn't fall foul of the export licensing criteria.

"We regularly intervene with the Saudis to encourage them to be transparent with us.

Hammond's call to "encourage" Saudi Arabia to improve transparency was criticized by Amnesty International (AI) officials as being "grossly inadequate".

Amnesty have led the call for the UK to suspend the sale of arms to Saudi Arabia, with AI's UK director Kate Allen criticizing Mr Hammond's rhetoric over the matter.

"We need an independent investigation into whether UK arms supplied to Saudi Arabia have been used to commit appalling attacks on civilians in Yemen."

© REUTERS
UK Weapons 'Probably' Used in Yemen Amid Alleged Saudi War Crimes
"Rather than meekly accepting Saudi assurances over Yemen, the government should have been urgently investigating mounting reports of Saudi war crimes all along. It shouldn't have taken more than 2,000 Yemeni civilian deaths for the Foreign Secretary to finally realize that simply relying on Saudi denials over war crimes was always a disastrous course of action."

The British Foreign Office has come under increased scrutiny in recent times after senior official Sir Simon last month revealed that human rights were no longer a "top priority" for the government, with the matter being downgraded in favor of increasing trade deals.